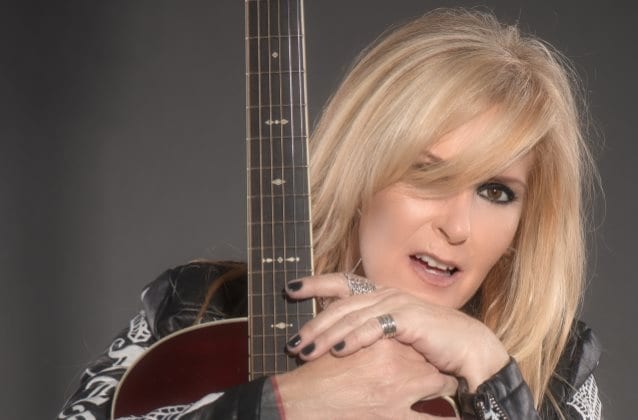 ’80s hard rock queen Lita Ford has confirmed that she is about to begin work on a new studio album, to be released later in the year. Helming the project once again is guitarist/producer Gary Hoey, who previously worked with Lita on 2012’s “Living Like A Runaway” disc.
Asked by VintageRock.com at this past weekend’s NAMM show in Anaheim, California how her new music is shaping up, Lita said: “It’s dark, it’s riffy — lots of guitar. I’m gonna really let the guitar flow on this one. So that’s exciting.”