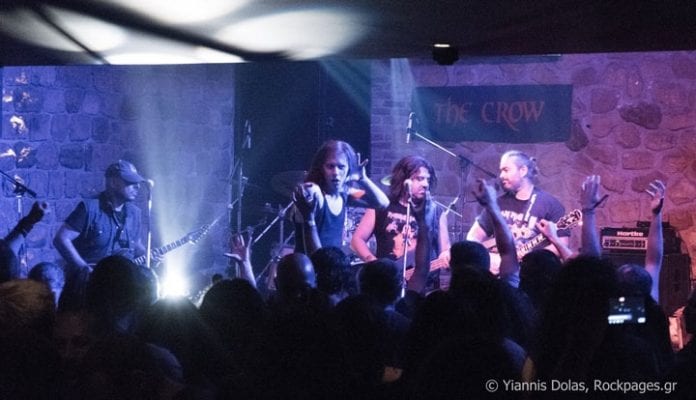 A night filled with… Maiden, up the irons, fists and beers in the air, non-stop sing-along, the usual “ooohh-ooohhh’s”, even dancing in an ideal concert-like atmosphere at the packed Crow club.

Maidenance gave a masterclass of a performance going through a yellow pages big setlist with numerous Maiden hymns. This time the band haven’t planned a special to an album, or anything like that, so that was a great chance for a “pick and mix” kind of set with the classics, some not-so-classics and a song that was played for the first time live –I think. Maidenance added “Dance Of Death” from, in my opinion worst post 2000 era Maiden album, that the audience enjoyed to say the least. 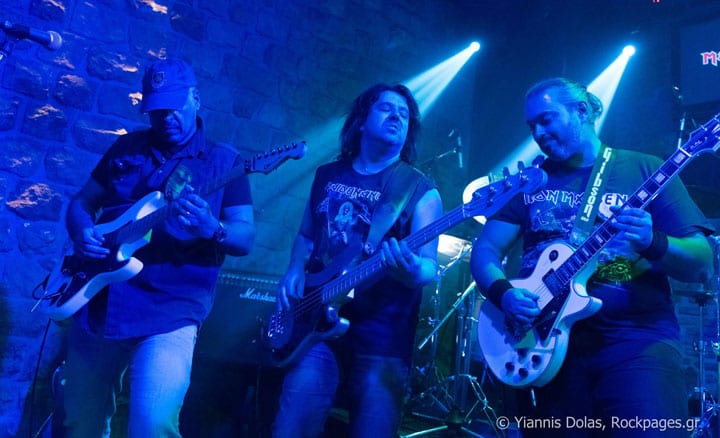 Apart from their true and pure love of the fan that gurantess an excellent result every single time they also have a professional work ethic, since it’s almost impossible to find flaws and mistakes in their playing and also they don’t use music stands, which is a plague in the live circuit. What kind of a tribute band would look at the song’s lyrics on stage? Actually, music stands should be banned from venues, or even burn at stake to get rid of them once and for all. It’s not a secret anymore that Maidenance are one of the best tribute acts in Greece at the moment, if not THE best, and you can see this for yourself on any given time.

Highlights were plenty according to one’s personal taste and Maiden favorites, the band was impeccable anyway. Mine were: “Poweslave”, “Flash Of The Blade”, “To Tame A Land”, “That Girl” and “22 Acacia Avenue”…

The hours were passing by but the group didn’t show any signs of fatigue, the crowd likewise. The fans were asking for more and more. Finally, at almost 3:30 AM and after a lethal crescendo with “The Trooper”, “Running Free” and “Iron Maiden” they said goodnight and we hope we see them again really soon! 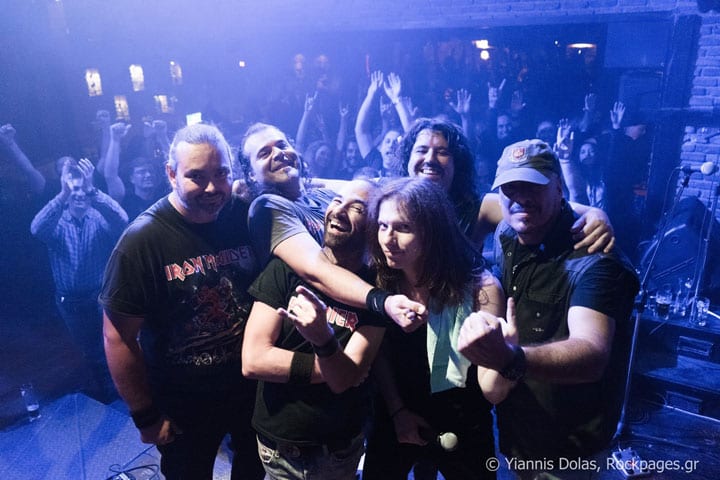