We witnessed love and worship last Monday night at Fuzz club from a thousand strong mostly young crowd at the Misfits show. Just think that the concert was 30 minutes late so that everyone who bought, or was buying tickets at the moment could enter the club on time! Without a support act, for one hour and a half, and 40 songs Misfits gave everything they got in a devastating show with the audience going nuts. 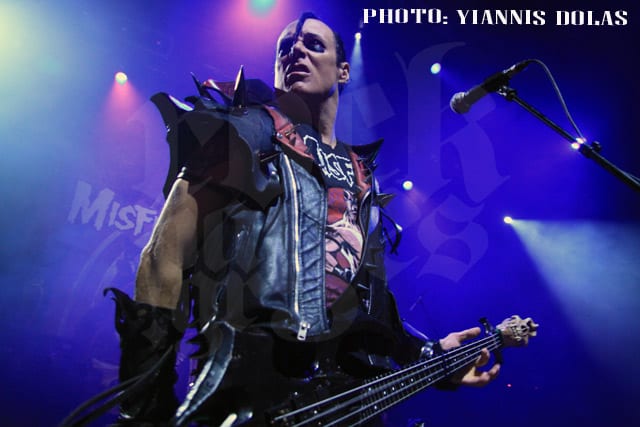 The pre-recorded intro from “Devil’s Rain” kicked in at 10:30 with most lights out and a couple of spotlights focused on the huge “Dead Alive” banner that the band used a backdrop and especially on the words: “Misfits”, “Dead”, “Alive”. The crowd, who were youngsters in its majority was restless, while when the band set foot on stage there was madness all around. The first two, three songs was more or less declaratory, as they were all off the very good “The Devil’s Rain” (“The Devil’s Rain”, “Vivid Red”, “Land Of The Dead”), and it was obvious that most people didn’t know them, but with “Scream” following the audience started warming up, and first blood was shed in the moshpit. Right next came a crescendo of Danzig material (“Hybrid Moments”, “Teenagers From Mars”, “Attitude”, “Some Kinda Hate”) that moved the older ones in the crowd who begun participating more actively. 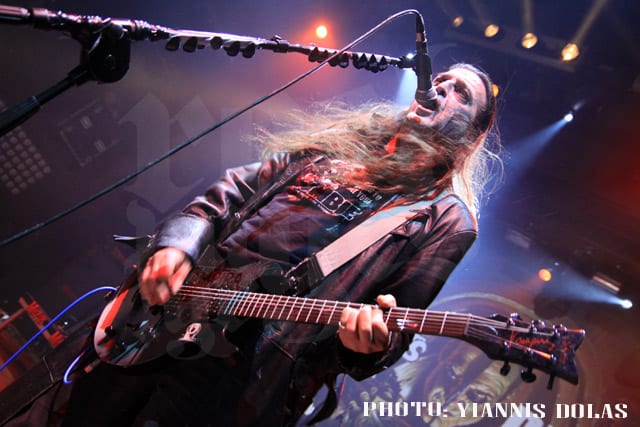 It’s a fact that every song was a bit faster than the original studio version with Eric “Chupacabra” Arce on drums stealing the show with his stable, tireless, and very fast playing that actually made the band run. Jerry Only, a real beast, despite his almost 55 years of age, and the classic forelock stuck on his face was viciously pounding away on his weary Devastator bass which fully distorted filling all 40 songs with its evil volume. Ex-Black Flag, Dez Cadena, on guitar, on the left side of the stage was lacking image with his long leather coat, but was hammering the explosive riffs that carved horror punk. Their pace didn’t drop even for a second and they were unstoppable all night through, when Only came out naked from the waste up with his arms and six pack still in good condition. Of course, they made mistakes, there were some technical problems, their roadies were running up and down the stage to remove bottled thrown from the crowd’s side, and make sure the cables were tangled, while Jerry Only was insistently chasing a silver ribbon that was flying in the air. Their sound was generally good, except the two times Dez Cadena was singing lead, where you couldn’t listen very good, but that was a minor detail. 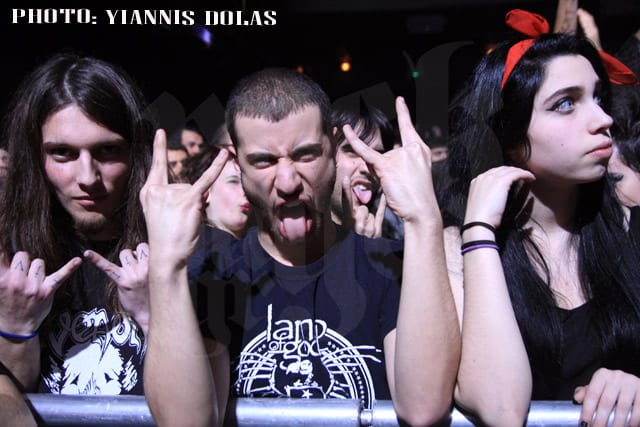 The crowd’s reaction was amazing with the younger ones singing along even to the more recent material, as well as the classics, while the eldest part was participating discretely mostly to the older stuff, as expected. After the show was over Jerry Only came back and become one with the audience waving, singing autographs, taking pictures, and even kissing the more lucky female members of the crowd for almost 45 minutes! Surely, this is something you don’t come across too often in gigs. 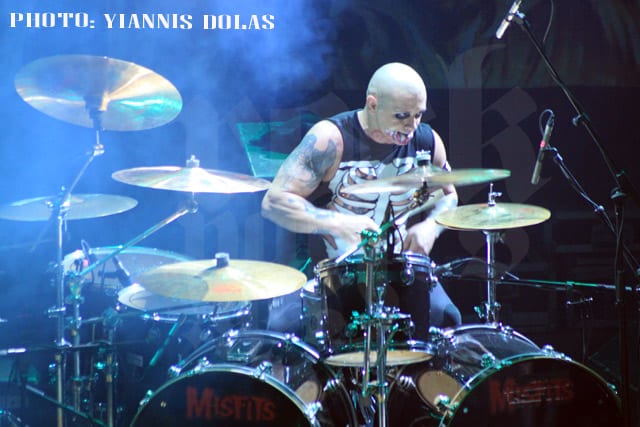 As far as if there are Misfits without Glenn Danzing, surely it’s something that applies in other cases as well in the rock/metal scene. Legally, Danzig gets money from the rights and merchandise sales, while Jerry Only can use the name to make records and play live. Whether you like it, or not it happens for almost 20 years, which is much more time than the Evil Elvis’ era in the band (1977-1983). Surely, the early material has its own unique huge value for the band and the fans, old and new. But, for all those that weren’t around to see them back then it’s nice that they have the chance now to enjoy a part of their greatness. What we saw this year was fun, powerful and was surely much better from the M25 lineup that played in Greece in 2003 with Marky Ramone on drums, and a lot of Ramones song in the set. Whoever was there had a great time and it showed!
Yiannis Dolas
The Devil’s Rain, Vivid Red, Land Of The Dead, Scream, Hybrid Moments, Teenagers From Mars, Attitude, Some Kinda Hate, Curse Of The Mummy’s Hand, Dark Shadows, Father, Jack The Ripper, Static Age, TV Casualty, She, Abominable Dr. Phibes/ 20 Eyes, Angelfuck, Horror Business, From Hell They Came, American Psycho, Shining, Dig Up Her Bones, Kong At The Gates/ Forbidden Zone, Ghost Of Frankenstein, Death Ray, Monkey’s Paw, I Turned Into A Martian, Skulls, Where Eagles Dare, Hatebreeders, Ghouls Night Out, Horror Hotel, We Are 138
Descending Angel, Helena, Thirsty And Miserable, Die Die My Darling, Saturday Night, Halloween 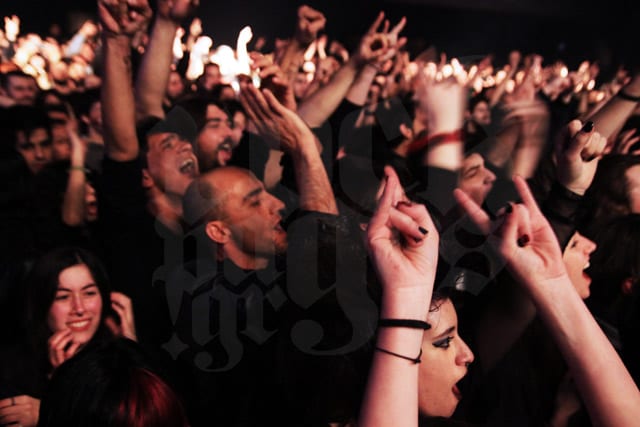 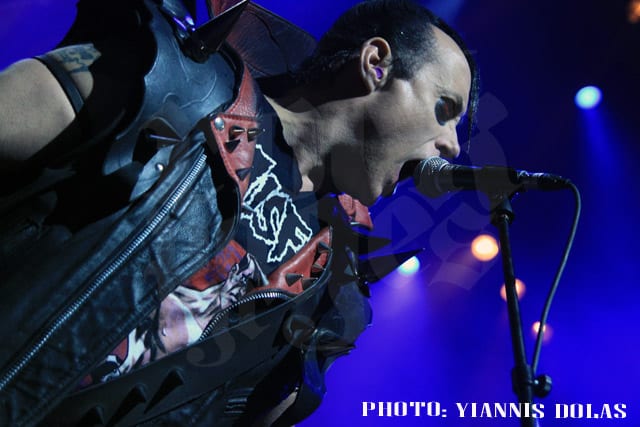