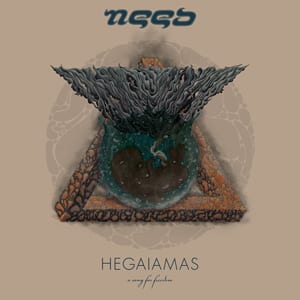 Ι considered progressive metal, as a special kind that appeals to musicians and a hip audience, that does not get enough of intricate rhythm changes. I used the past tense as Need have changed my perspective, and even now after listening to the album several times, I still cannot believe how they managed to fill so much feeling in there.

Arriving to their fourth release, they deliver an album full of inspiration, creativity and flair execution. Long compositions, switching between aggression and melody. The most important factor that needs to be mentioned is the sense of theatricality and that of hearing a majestic concept with the central theme of freedom. The band is confident which pushes them to be musically adventurous, but they do not at any  time indulge in extreme technical demonstrations. Beautiful melodies (great riffs – wonderful keyboard solos) will become entangled with thrasy rhythms, Savatage piano themes, and even some female vocals on “Tilikum”. Starting from “Rememory” and up to the above mentioned great song, the album is heavy, dark and several times more aggressive than expected from a band of the this kind. The theatrical but intense “Iota” follows, where the keys accompany the conversation that will lead us to the 22 minute-long title-song masterpiece. The capstone of this release that you definitely must listen. Epic, Greek, a highly artistic composition.