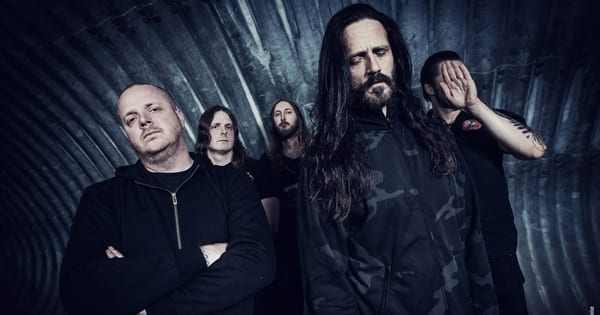 Press Release: Acclaimed Swedish Thrash Metallers The Haunted are unleashing their new, 9th studio album entitled “Strength In Numbers” next week on August 25th, 2017 worldwide via Century Media Records. Therefore, the new single and video for the song “Preachers Of Death” is being released today.

Check out “Preachers Of Death” in a video produced by Oscar Dziedziela / OD Visual here:
https://www.youtube.com/watch?v=UePeYXK0ISY

Or stream the song via Spotify here: http://bit.ly/PREACHERSOFDEATHSpotify

The Haunted commented about the track as follows: “‘Preachers Of Death’ is the third video from the new album “Strength In Numbers”. It’s a stomping number with all the elements of a true THE HAUNTED song. Turn it up and stretch your neck, cause this is a banger.”

Recorded at Parlour Studios in the UK with producer Russ Russell (Napalm Death, Dimmu Borgir, The Exploited), “Strength In Numbers” comes with artwork by THE HAUNTED’s longtime designer Andreas Pettersson and the album’s tracklisting reads as follows:

The album’s limited edition Mediabook CD version will additionally include the bonus tracks “Illusions” and “Sinister”, expanded layouts as well as 3 stickers. “Strength In Numbers” will also be available on 180gr. vinyl in various editions: Black LP (Unlimited), Silver LP (200x copies / Sweden) and Clear LP (300x Copies / USA).
And last but not least, a strictly limited “Guitarist Edition” Deluxe LP package of THE HAUNTED’s “Strength In Numbers” release will be available from CM Distro / CM Webshop in Europe. This very special edition of the new album is limited to 500x copies on exclusive transparent red 180 gr. vinyl and comes with a printed guitar tablature book of 28 pages in LP booklet format, a poster, a set of 3x THE HAUNTED guitar-picks and the entire album on CD as bonus.