O2 Forum, located in Kentish Town Northern London is a great live venue. An old theater modified into a live club that can hold up to 3.000 attendants. They have preserved all the old decorations though. Roman soldiers and banners of the Roman Empire depicted all around, making it a fitting place for heavy metal concerts. The metal fans gathered quite early, eventually turning the event into a sold out show!

Bloodbound from Sweden handled the task of warming up the audience but the sound was so bad that it took some effort to recognize the songs. Even the trademark song Nosferatu fell victim to poor sound engineering although it was the last of their set. No improvements from start to finish. That fact made me a bit concerned on what would follow soundwise and a chat with other attendants revealed a certain weakness of the Forum sound arrangements. 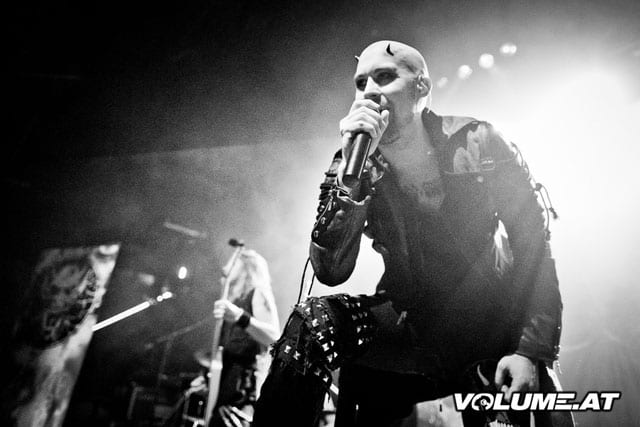 Bloodbound stepped off the stage and a giant rubber duck took their place, the mascot of the crazy Scots Alestorm. I was quite impressed by the fact that at least half of the crowd was there mainly for them. And the greatest testament to that was not only the number of t-shirts worn but also the pirate inspired costumes since a great deal of fans showed up dressed accordingly. A remarkable spectacle indeed. The Alestorm studio moments are not among my favorite things but live-wise they surely create a fun and festive atmosphere. The audience participates by singing along while they franticly play while drinking beer. “We are here to drink your beer” is their motto and they obviously live up to it. The ideal soundtrack in a Tortuga bay tavern where rum and ale flow abundant and drunken seamen start brawls. 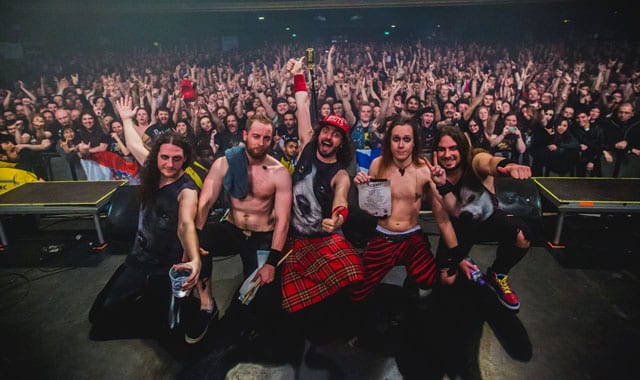 After 1:15 there is a change of scenery and from the pirate tavern we transcend to a battlefield where preparations for the coming of the Swedish warlords take place. From the first note they were received with great enthusiasm. Sabaton is without a doubt one of the great bands of our time and has managed to ear the love and respect of the metal fans all across Europe. Fortunately the sound was good and we were able to get a good taste of their loud power metal. Cheerful and communicative as always while the new members have completely adjusted and blended not only in terms of playing but also as in attitude and band philosophy. Time literally flew and they only disappointed fans after the end of the show were a few Polish guys that didn’t get to hear 40:1 since it wasn’t part of the 75 minute long set… 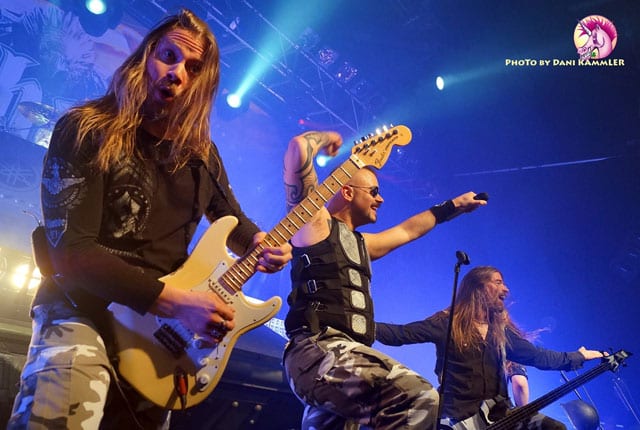