It’s in the books: Scorpions completed another impressive and totally successful show in a historical venue, Kallimarmaro Stadium, in front of almost 50,000 people, the biggest crowd they’ve played in Greece to this day. 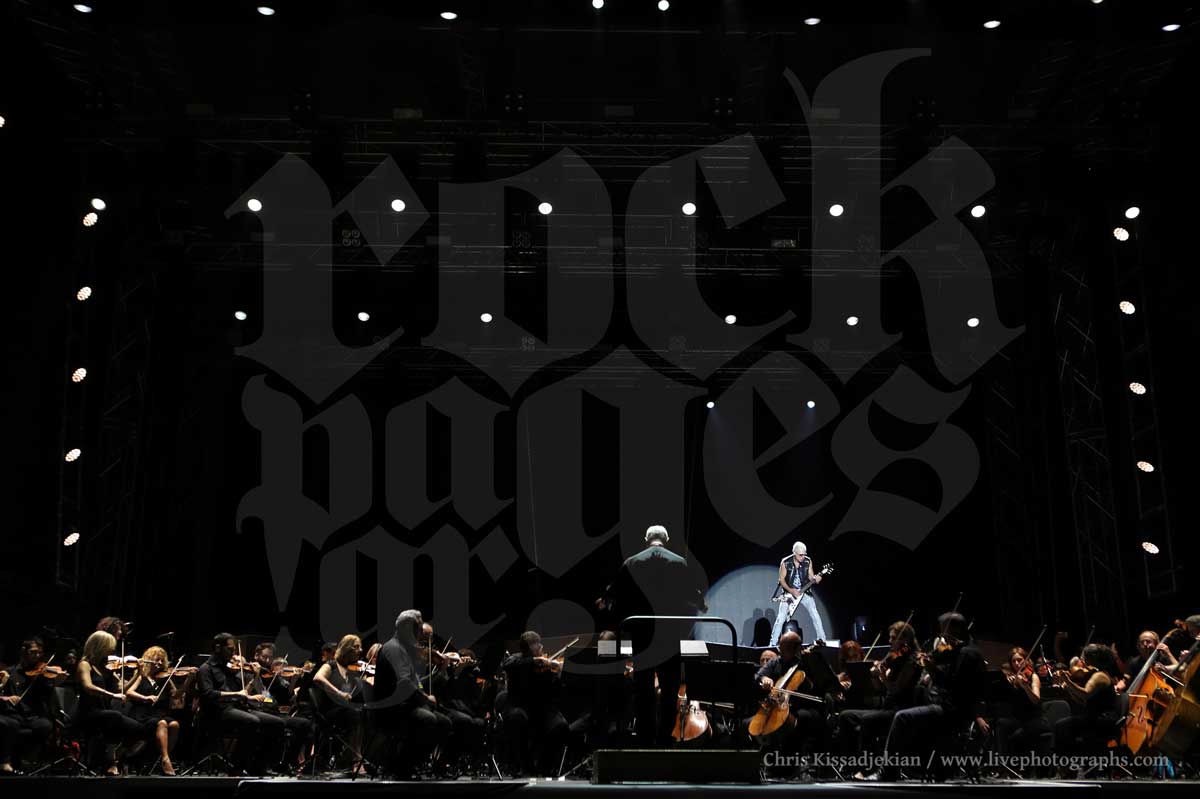 Athens State Orchestra opened the show playing Scorpions songs. Unfortunately, due to the incredible lack of organization of the evening I managed to watch the end of the performance, because I haven’t made it inside the Stadium yet. The last song was “Rock You Like A Hurricane”, or “Hurricane 2000” if you prefer, with Rudolph Schenker playing his flying V on a platform above the orchestra.

After a sort break for all the necessary arrangements on stage the German band hit the stage at approximately 10:15. The Stadium was packed while the flashes and mobile phones were creating a magnificent image. The Scorpions entered like a bull in a China shop and they were in great shape, like they always are. The were a few problems with the sound, but after the second song everything was OK, at least where I was standing at the soundboard level. In general, the whole production was superb with a great light show and camera coverage on the video walls. The problems lied elsewhere, we’ll get to that in a bit. 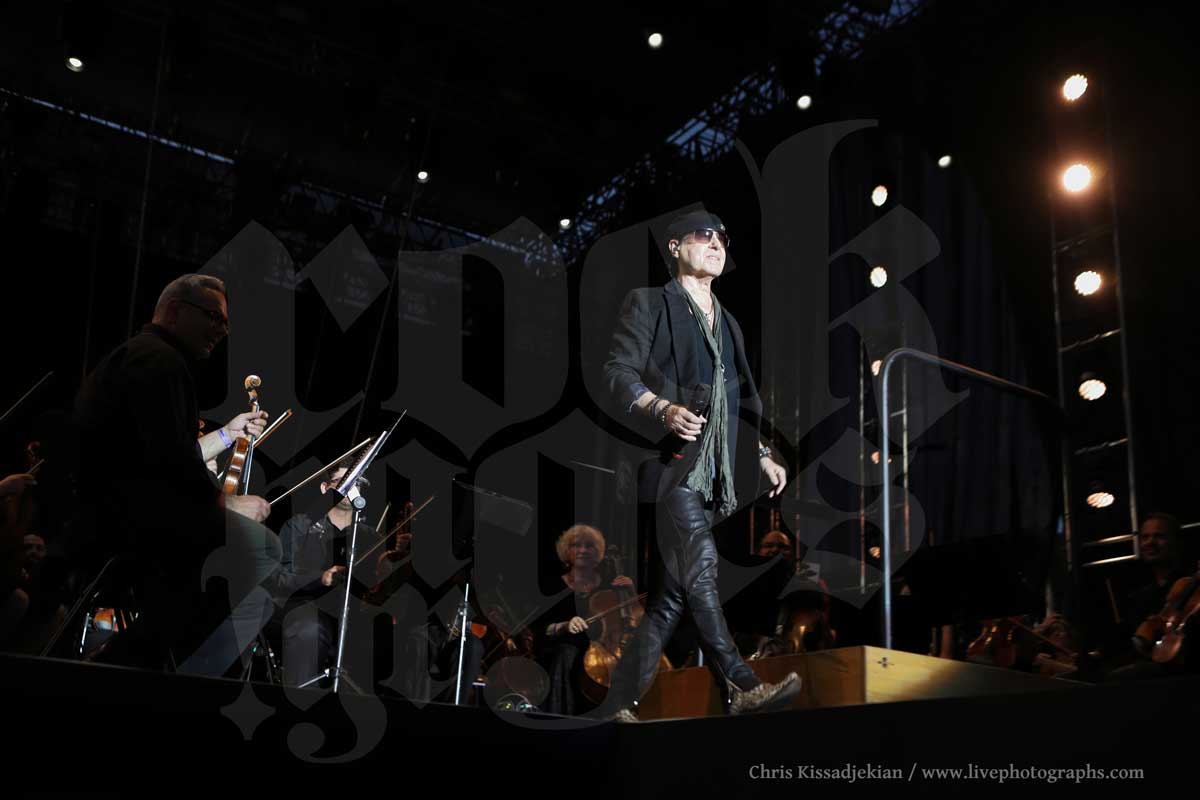 The set was balanced, quite similar to what they played a couple of years at the Water Park. They played a few songs from the ‘70s, an acoustic set with Mickey Dee playing percussion and paid tribute to Lemmy with Motorhead’s “Overkill”. Dee’s drum solo was quite impressive with the drum kit flying up in the air while he was thundering the drums. The show closed with “Blackout” and “Big City Nights”, Greek flags, bows, and of course the encore with the two songs that can’t be absent from any Scorpions’ show.

The problems had to do with the access to the Stadium and the tickets. There were no measures to face the sea of people that flooded the venue. There was no guidance from anyone about where to buy tickets, collect press and photo passes. You had to guess your way in and wait for long queues and if you guessed wrong you had to go to another queue and wait all over again. There were too much tension from the people that was totally justified. Even when the orchestra started playing there were at least 5,000 people outside waiting to get in the venue and I was one of them. Inside there were no (sufficient) surveillance at the designated areas, and the audience could easily jump over a small fence and get into the Vip arena. It was clear that the promoter wasn’t prepared for such a huge crowd. Also, the police didn’t stop the circulation on the main road outside the venue as it was announced resulting to a traffic jam from hell both before and after the show. 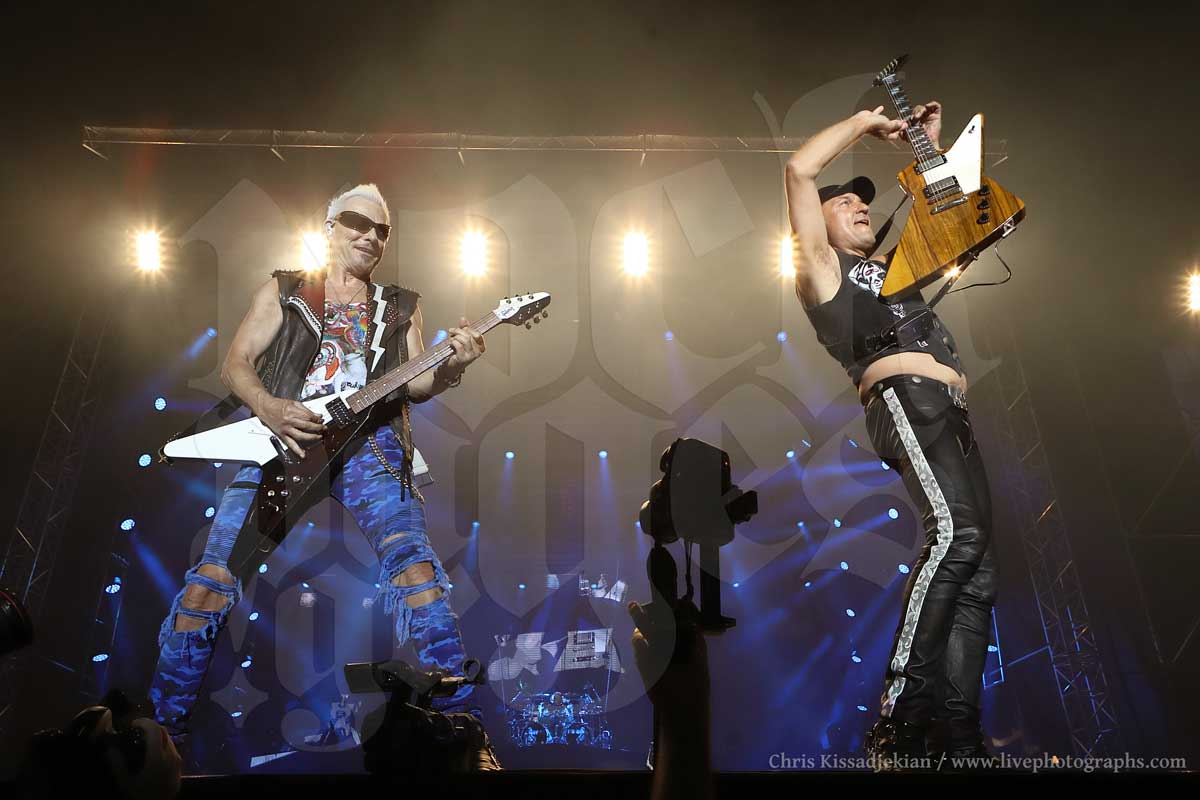 All these however are not the band’s fault. Scorpions rocked the Stadium, brought huge smiles to everyone’s faces and delivered an amazing show. We’ll be more than glad to see them again and again!

Going Out With a Bang, Make It Real, Is There Anybody There?, The Zoo, Coast to Coast, Top of the Bill / Steamrock Fever / Speedy’s Coming / Catch Your Train, We Built This House, Delicate Dance, Follow Your Heart / Eye of the Storm / Send Me an Angel, Wind of Change, Tease Me Please Me, Overkill, Mickey Dee drum solo, Blackout, Big City Nights 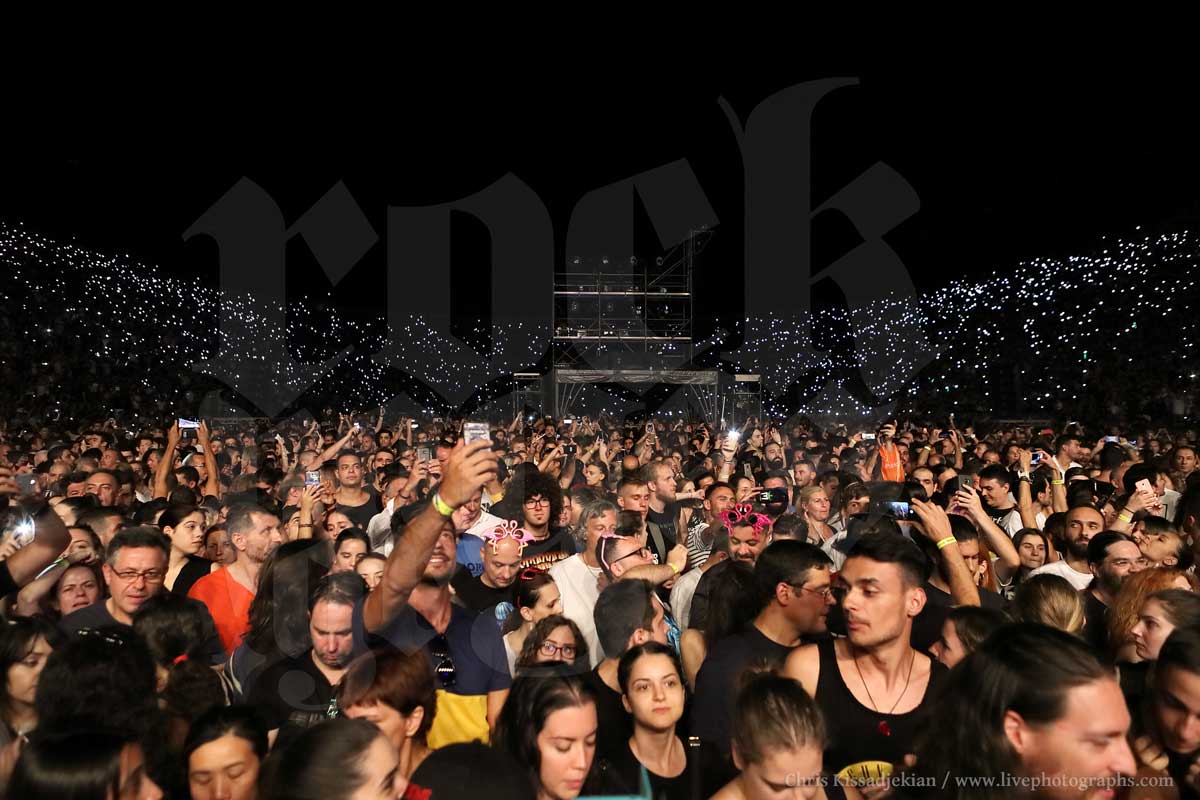