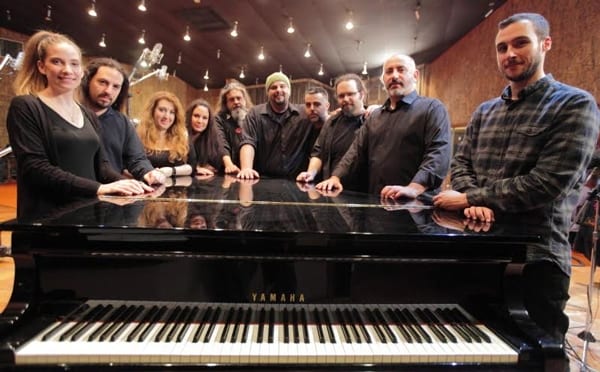 PRESS RELEASE: The Greek Progressive sensation SL THEORY released a new video out of their upcoming new live album, scheduled to be released later in 2017. Titled Time Won’t Matter Anymore, the new video and song encompasses the feeling of what it is to watch SL Theory perform live.

Time Won’t Matter Anymore was filmed and recorded live in Athens, Greece in March 2017 during the “Progressively Dark” concert for electric band and string orchestra and is the follow up to “Afterlife” (https://www.youtube.com/watch?v=IytgI3bhM0E) released earlier in April, 2017. Both videos were recorded on the spot with no overdubs used, in order to preserve the exact performance feeling, precisely as it was on the night of the show.

SL Theory are in the process of preparing their official “Live in Athens” CD/DVD release and they are in the studio recording their new, yet untitled, album, details on which to be revealed later on in 2017. Meanwhile, they have announced their participation and performance at the highly popular Chania Rock Festival in Chania, Crete on June the 30th along such names as Septic Flesh and the mighty Blind Guardian among others with more dates to follow in the fall of 2017.