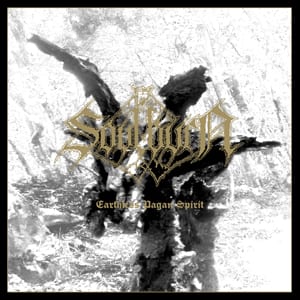 So, this is the third record of the Dutchmen and it sounds devastating. Hellish death/black metal with a lot of doom elements, as we are used to from the other bands that these musicians have played. Terrific work in guitars and especially in vocals which are as morbid as their music needs them to be. They really make the difference here. From the thrashy beginning of “Where Splendid Corpses Are Towering Towards The Sun” and doomy “The Blood Ascendant” to the difference of “Withering Nights” with the female vocals and the dark closure of “Diary Of A Reaper”, this album grabs you from the neck and won’t let you relax for a second. Very good album that will definitely satisfy the fans of European (or more specifically Dutch) death metal. It is available on CD and vinyl with a limited edition of golden (200 copies) and clear pressing (100 copies).

For the fans of: Asphyx, Autopsy, Hail Of Bullets