We are catching up with Michael Amott guitarist and leader of Spiritual Beggars just a few days before the band’s shows in Greece. Michael talks about working with Apollo Papathanasio for the second time, “Earth Blues”, stoner rock, his favorite things about Greece, but he doesn’t want to reveal anything about the upcoming Arch Enemy album! First thing is first, and now it’s Beggars time! 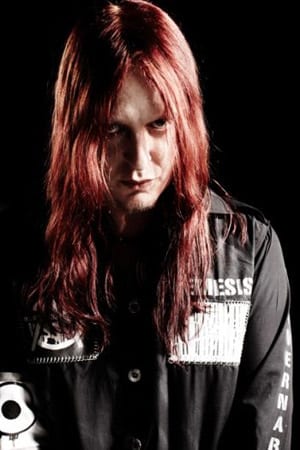 This is your second album with Apollo on vocals, how is this collaboration going? What do you get out of Apollo’s voice that you couldn’t get before?

Michael Amott – It’s been very cool working with Apollo, he’s super easy to collaborate with and of course he has that great voice. I’m more than happy with the two albums we’ve made together. It was a big difference with this album. This time we wrote the music with Apollo’s voice in mind… On our previous ”Return To Zero”, Apollo was very new in the band and a lot of the material was written before he’d joined. We’ve also played plenty of live shows with him since then and a it’s much more solidified band feeling now. In my opinion, We’ve had three great singers in this band, and I’ve enjoyed working with all of them. JB had an amazing baritone voice and Apollo is in a tenor range more similar to our first singer. They’ve all be great to work with. I do enjoy writing for Apollo’s voice, he has a wide range with a lot of different emotions and it opens a lot of doors to try new things musically.

Rockpages.gr: The album’s title is “Earth Blues”, why did you choose that? Does it have to do with the planet, what was your inspiration for the songs?

Michael Amott – There are many different ways to interpret the album title, one is that the music we play is hard rock that has roots in the blues music and that the sound of the band is very organic and ”earthy” on this record. Another meaning of the title is more of a melancholic feeling about how we, the human race, are treating our planet.

Rockpages.gr: I quote “Wise a serpent, hungry like a wolf” could this line refer to you as an experienced musician who is hungry for music, and is running two bands (Beggars, and Arch Enemy) with the same zest?

Michael Amott – That song is about revenge to me, but you can interpret it in any way you want.  It’s always cool to know that people read a lot of different things into music and art, isn’t it?

Rockpages.gr: The last song on the album is called “Legends Collapse”, where does this song refer to? Do you think that bands nowadays could ever be legendary in the vein of Purple, Sabbath, or the Stones?

Michael Amott – Per Wiberg (keys) wrote the music and lyrics for that one, so you’d have to ask him sometime about that one… As for bands becoming legendary and so on, I think later bands like Metallica have achieved that similar kind of status as being highly influential to generations of musicians and fans and with longevity in their career. And, you never know what tomorrows “classics” are going to be…

Rockpages.gr: “Earth Blues” sounds heavier than its predecessor “Return To Zero” was this your intention, or did it just come out like that?

Michael Amott – I don’t know if it’s heavier or not. I thought there were some super heavy songs on “Return To Zero” like “The Chaos Of Rebirth”. But for sure there are some heavy moments on “Earth Blues!” 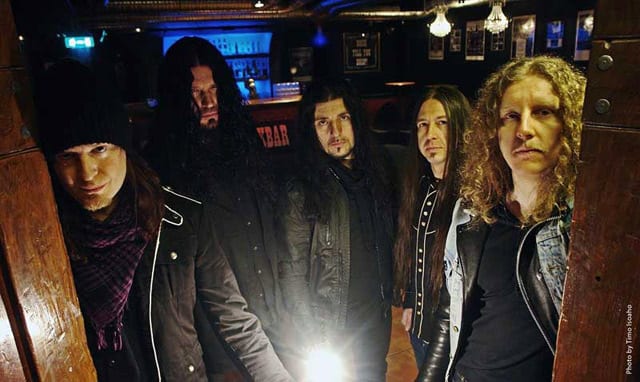 Rockpages.gr: On “Kingmaker the opening melody sounds a lot like Rainbow’s “Sixteenth Century Greensleeves” is that your way to pay tribute to Ritchie, or even the hard rock of the ‘70s in an even more direct way? What do you think about those people that are looking hard to find similarities between songs and will say that one band is ripping off another?

Michael Amott – That’s another song that Per Wiberg (keyboards) brought in. We all respect Rainbow’s musical heritage of course, that goes without saying! I do believe Per Wiberg is one of the guys that carries on the legacy for true hard rock keyboards. We’ve always been quite open about our musical influences in this band, and they’re not hard to find if you want to look into it. But we’ve never ripped off any music that’s for sure. We just grab the feeling and make our own version of that expression.

Rockpages.gr: Lately, all those rock bands that come out with the “70s influence” tag are all over the place. Spiritual Beggars is one of the older ones in this “genre”, all whatever you want to call it. How was it then when you were starting out, in the ‘90s, where grunge and alternative music were so big?

Michael Amott – It was a fairly difficult in the beginning as there was no scene for his type of “vintage” style hard rock. When the “Stoner Rock” scene took off at the end of the 90’s it became easier for us to play shows, get a record deal and so on. We did many tours with bands like Fu Manchu, Monster Magnet and Queens Of The Stone Age around that time. 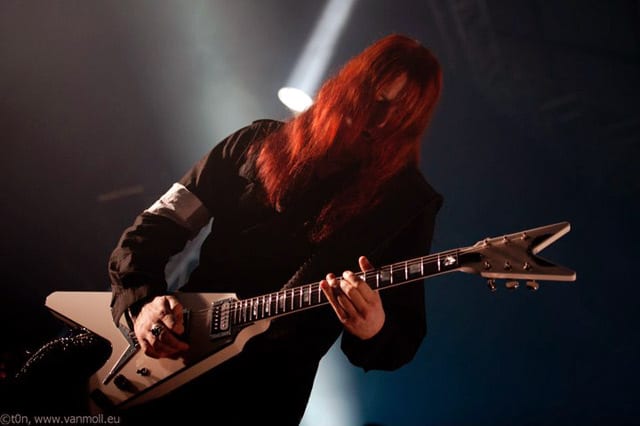 Rockpages.gr: Meanwhile, Arch Enemy are on a break, but it was announced that a new album will be released in 2014. Do you have anything to tell us about that? Is the material ready? Have you recorded anything? Any song titles?

Michael Amott – Yes, we’ve been working on new Arch Enemy music and I am very excited about presenting it to the fans next year! All the music is written and we will be recording it this winter.  Too early to mention any more details, but all will be revealed as we approach the time of release in 2014!

Rockpages.gr: Spiritual Beggars are more classic rock, while Arch Enemy are more extreme metal. How do you keep the balance between the two projects creatively? Do you come up with the stuff and you pick what to use in each band? How much teamwork there is in Beggars, and Arch Enemy?

Michael Amott – There is a natural balance between these two bands for me, it has never been a problem for me to do them both. I write bits and pieces of music most days and I get an immediate feeling if it’s for Spiritual Beggars or Arch Enemy. It’s a simple process for me. I love both bands and the music we create, it’s just a matter of going with the feeling and making sure to have a guitar around when inspiration strikes! 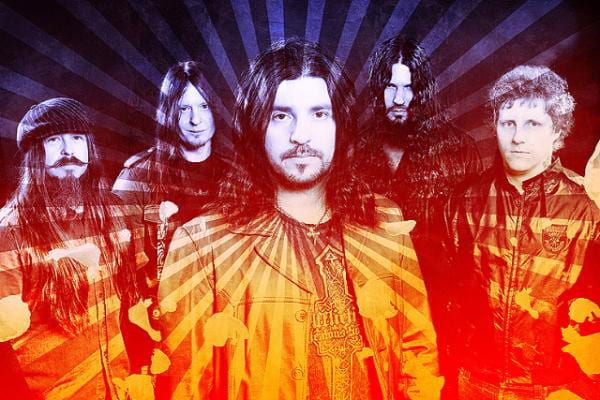 Rockpages.gr: When you have an idea for a song do you let anybody listen to it first before you play it with the band? Do you usually give pay attention to constructive criticism, or do you go your own way no matter what?

Michael Amott – Oh yeah, from the moment I bring in my musical ideas we all go through them and work on the arrangements together and quite often one of the other members will have some musical ideas that can combine with my music. I prefer collaborating on music as it keep things fresh and it’s always moving forward that way.

Michael Amott – Actually, all these three different aspects of doing music are exciting to me… If I’d say writing new music as it is the most creative time….then I have to admit that I also live for playing on stage – so it’s a difficult question that I can’t really answer properly. 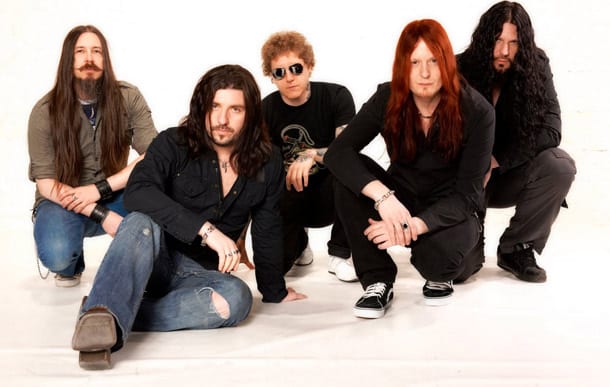 Rockpages.gr: If you had the chance to get in a room with any guitarist you could think of, dead or alive, and jam for a couple of hours who would that be?

Michael Amott – Jimi Hendrix. That was an easy question!

Rockpages.gr: This is not the first time you come to Greece to play, what are you looking forward to?

Michael Amott – It might sound like a cliché, but I look forward to playing for Greek the fans most of all. They’ve always been so supportive of Spiritual Beggars and my playing, it’s been very cool and humbling to build that relationship over the years. Then you obviously have the beautiful women and fantastic food – all good stuff! It’s time to rock! 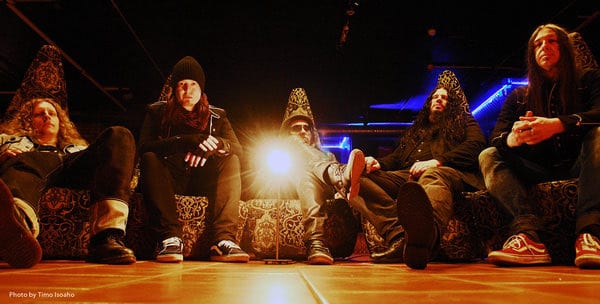