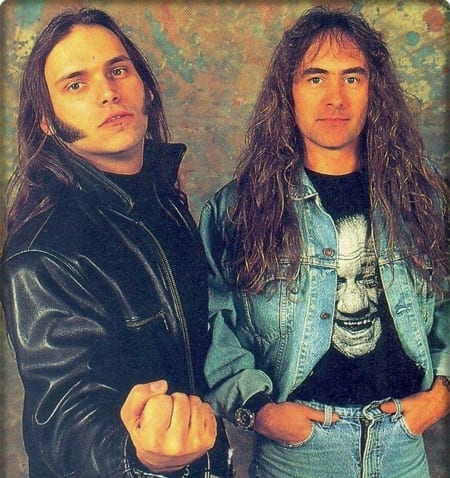 In a recent interview with eonmusic.com the “chief” revealed that he has in mind to work with Blaze Bayley again, under certain circumstances and behind a big “if”. His statement came up after the question whether he’d be interested in playing obscure Maiden songs that have never been played live with White Lion…  “I think it would be all too easy to do that, and maybe even songs from the Blaze years which may never see the light of day with Maiden again. People ask me that question, and yeah, on one hand, but I think, if I did that, I’d have to do a third project. I wouldn’t want to do it with this (British Lion), because this is a totally different thing, and it’s more rock and roll than metal anyway, and I think those songs, if I did it, maybe I’d get Blaze or someone to do it with; I don’t know, it’s not something I particularly have the time to do, or have the inclination right now anyway! But if you’re thinking about it, I think that would be the way to go, rather than doing it with this (British Lion), because this is a totally separate entity; I don’t think it really would be right to do it with this anyway”, the “chief” said.