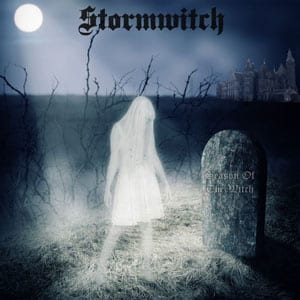 Here we have a band which has existed since 1979 and was active mostly during the 80’s. Their sound is a mixture, I would say, of N.W.O.B.H.M, Warlord and “early” Helloween from the time of “Judas”. The Germans, were rightfully absent from discography (if you consider all the changes that came along in music that time) from 1994 to 2002 and since then they have done two more studio albums that same year, in 2004, “Dance With The Witches” and ‘Witchcraft”.

Eleven years later they come back with a brand new album in which they do what they have been doing so well all these years. The good songs and this typical sound of those days are the basic elements which compose the….portrait of “Season Of The Wiltch. There are the classic structures of the metal music of that time, riff, verses, chorus, solo guitar, chorus again and so on without any variation. Good music, pure sound but that’s all. This record addresses exclusively to the fans of this particular sound since there is absolutely nothing which reminds of the evolution of metal music the last two decades. “Season Of The Witch” will probably attract the old school metal audience which has remained in the music scene and this I believe is an offer to music even if it is of an underground level.