This was definitely a concert of modern progressive metal that stood against any prediction, an amazing show by TESSERACT that we will remember for many years. Thanks Playfalse that brought this amazing band!

I must admit that I was expecting an empty club that night due to the national elections in Greece, due to the heatwave (it’s almost obligatory to be near the beach in july) but most of all because I didn’t know how many people in Greece follow this style of music (yes, it was a sold out!!!). 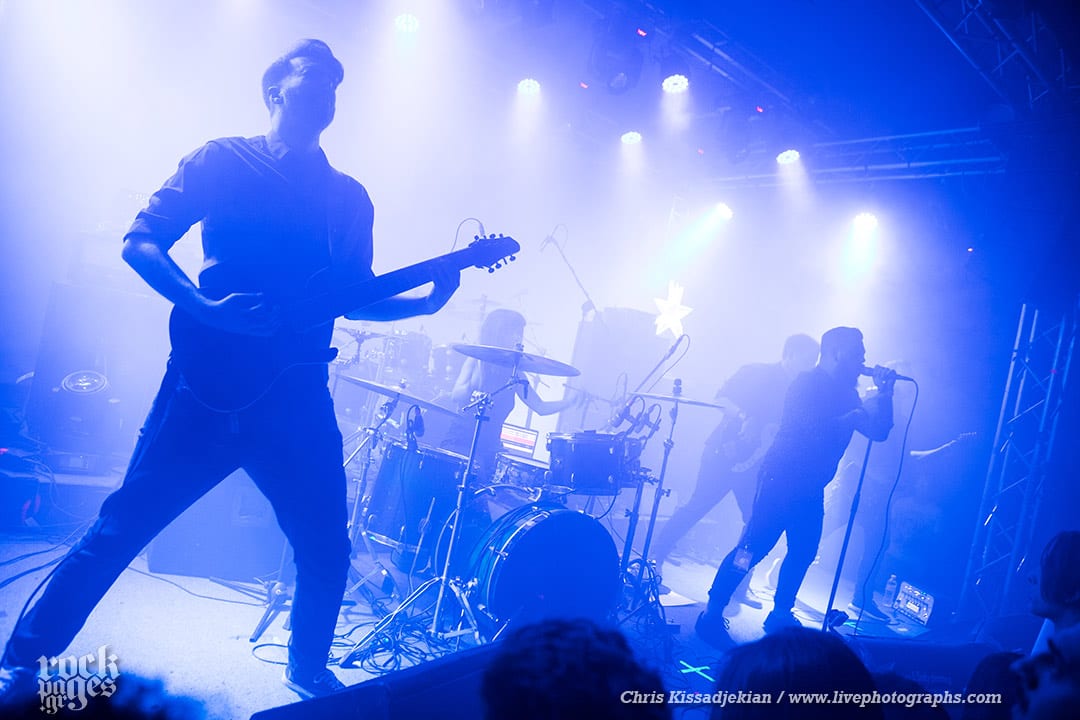 The club was almost full when Mask Of Prospero got on stage. The Athenian group follows the djent path too and fitted nice as an opening act. Five great musicians that focused on the “The Observatory” album and they gave a nice show, with good sound and energy that was reflected on the audience although most of us didn’t know much from their stuff apart from the video clip for “The Observatory”. They finished their show with “The Way Back Home”, a song that they dedicated to Makis Tsamkosoglu (Mother Of Millions) that recently passed away (R.I.P.)

Setlist:dust in the sky / drown in gray / portrait / frozen in time / the observatory / ignorance / this road leads to desolation / in exile / the way back home 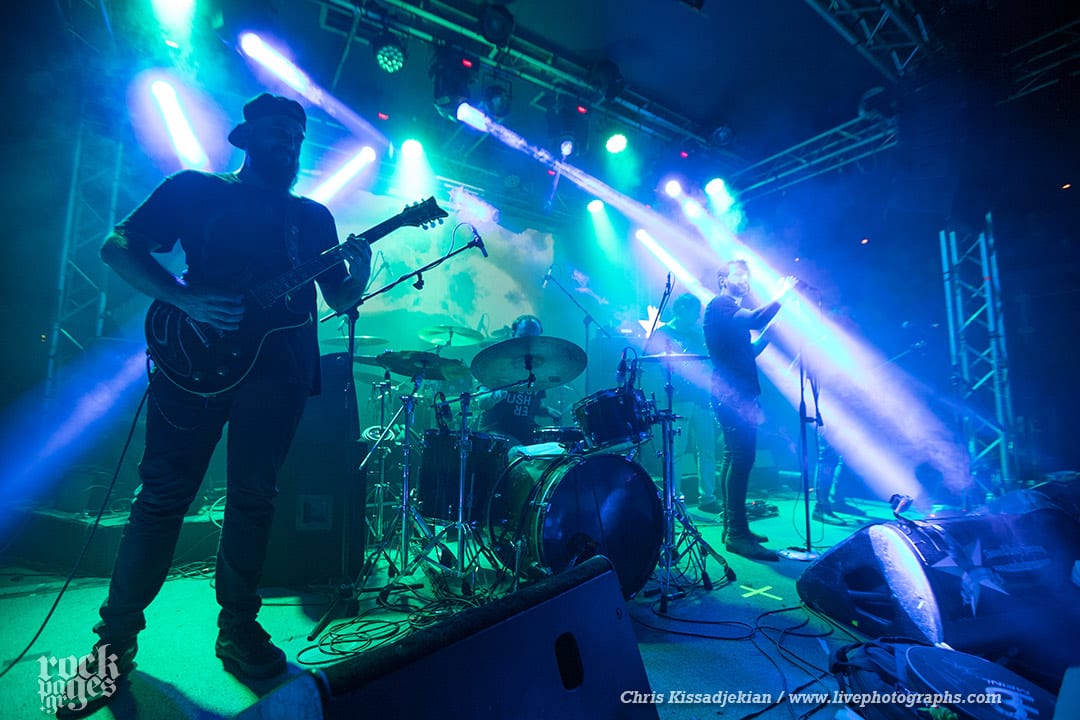 Calyces is the new group of Manthos Stergiou who is mostly known by the great band Tardive Dyskinesia so I knew that this group would be great too. By the way, this was the first live appearance for the band so I didn’t know any song as all of them are from the upcoming debut album of Calyses. The problem was that there were plenty of technical problems on stage, sound was weird at first and especially the vocal levels were so low we could barely hear the singer. Later everything was balanced properly but the momentum was kind of lost. Interesting music for sure, a strange mix of American alternative rock along with some Voivod elements. I can’t wait to listen to their album. 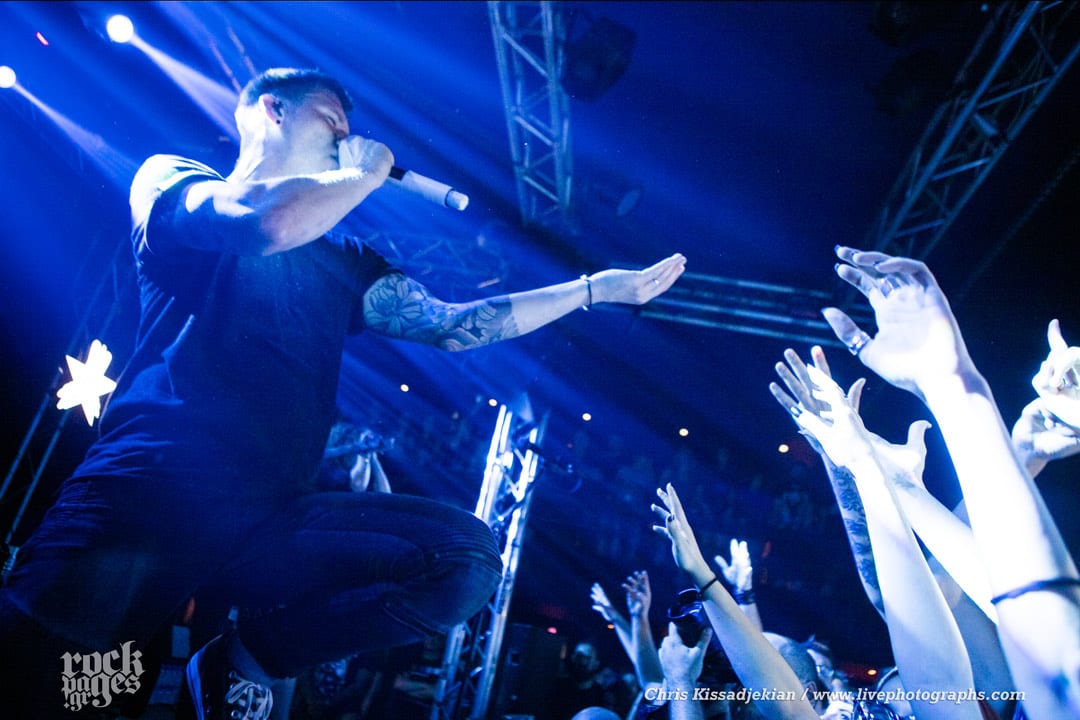 All I ever said. Before the moment, twisting words inside my head.

At 22:25 everything and everyone was ready for the first ever live concert of Tesseract in Athens. Kick off with “acceptance” and the people get really crazy while the band seems surprised by the crowd reactions but they were happy and it showed, no surprise Daniel decided to try crowdsurfing during the first song.

Next up we had “deception” and oh god, what energy on and off the stage, smiles everywhere, “this is so beautiful Athens…”, new “sing-alongs”, total panic everywhere, this is the definition of a great show. 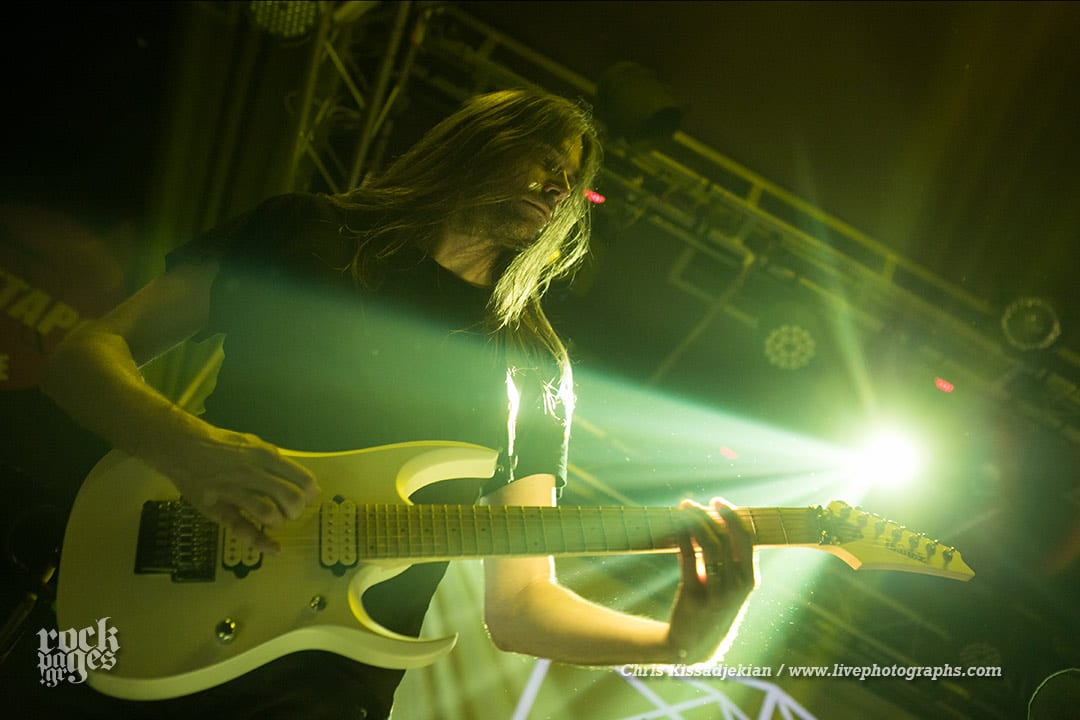 Will I disappear with a vision of tomorrow?

Every song was better than the other (they went through all their albums), fans knew and sung all the lyrics, the musicians were out of this planet, passion and energy was everywhere. Obviously Daniel Tompkins was the highlight, great performer by all means. A night to remember for sure with people on the way out was rambling “great live, great live…”. 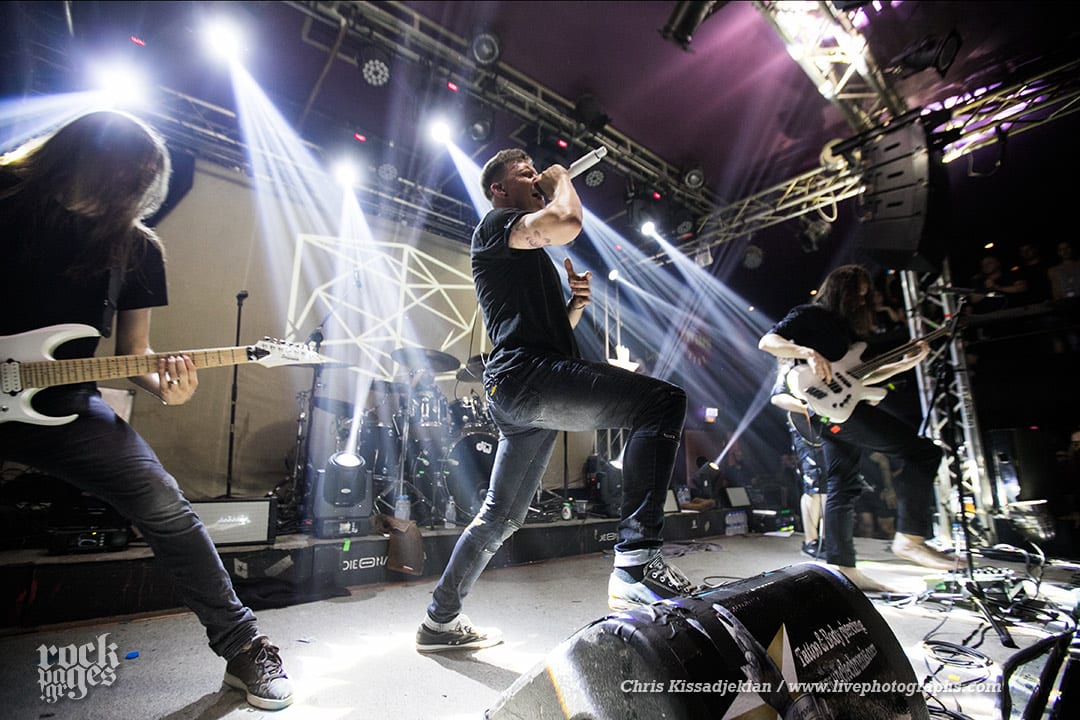