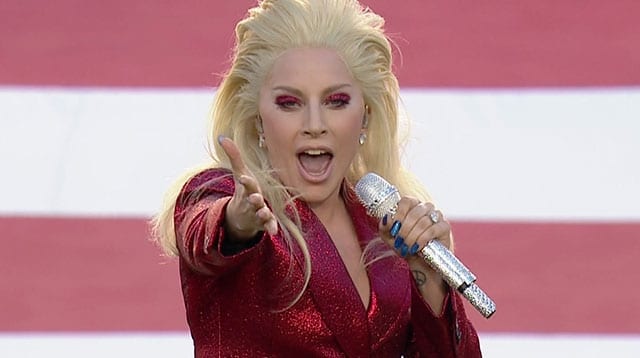 METALLICA will perform with pop superstar Lady Gaga at the 59th annual Grammy Awards this Sunday night (February 12). The news about the collaboration, which had not been officially announced, broke on Monday night (February 6) after a Gaga fan saw the collaboration promoted on a TV commercial for the Grammys and tweeted about it.
Gaga told Apple Music’s Zane Lowe that the idea for the pairing came about when she “was at [actor] Bradley’s [Cooper] house with Lars [Ulrich, METALLICA drummer], and we were just, like, hanging out…” She went on to call Ulrich “amazing,” before adding: “I’ve gotta tell you something: I went to see [METALLICA] live. I mean, I’ve seen them a couple of times live, but I saw them live recently, and we were watching the show and I’ll tell you something, those guys play better than they’ve ever played in their whole lives.“