There are only a few people that have been so much loved by the Greek metal community as the legendary President of the true Socialistic Political Party of our country. Just think about it…without trying to make any comparisons whatsoever, Prseident Vasilis Leventis not only is admired by all the metal fans in Greece but he has reached the same level of worship as cult figures (let’s say, like Brigadier Theoharis or Tolis Tsimogiannis).

I still remember vividly the monumental outdoor speeches in the center of Athens where there was absolutely chaos from the people shouting: “Vasili, you are our leader and not Boreli from Argentina”. Against all the media interests and the political rotten establishment, President Leventis went against the grain and despite the fact that ultimately has lost the war (or maybe not?) he still carries on although a little bit timeworn.

But why was the President loved so much by the Greek metal fans? There are a few reasons but we should stick to the basic ones…I am sure you will draw from your mind –consciously or subconsciously- pictures of many Greek metal fans with the same characteristics. The first and probably most important reason is the fact that Leventis was never a part of the system, he always had his back against the wall but always continued his fight no matter what! It was the aforementioned (political and media) system that never accepted him and aborted him because he simply wasn’t in the same line as their crooked beliefs. In addition, Leventis never bid around the bush and always said the truth however harsh this might be. He was insightful as he had predicted the Greek bankruptcy with all the immediate consequences. Back then, everybody laughed; now, they acknowledged the importance and the honesty of his words. You want more…? He drank the all-time favorite coffee of the metal community (Frappe), his glasses were the cheapest ones, he had immediate communication with the people and threw curses to the Papandreou and Mitsotakis family (due to the fact that they ransacked Greece) long before everyone started doing so.

Vasilis Leventis was the owner of Channel 67 (the year which “Born To Be Wild” was recorded and of course included for the very first time the term “heavy metal”) and he has released a highly sought after 7’’ single that now it is a collector’s item.

All in all, Leventis will always be an emblematic figure, a point of reference, a popular idol for the metal community. 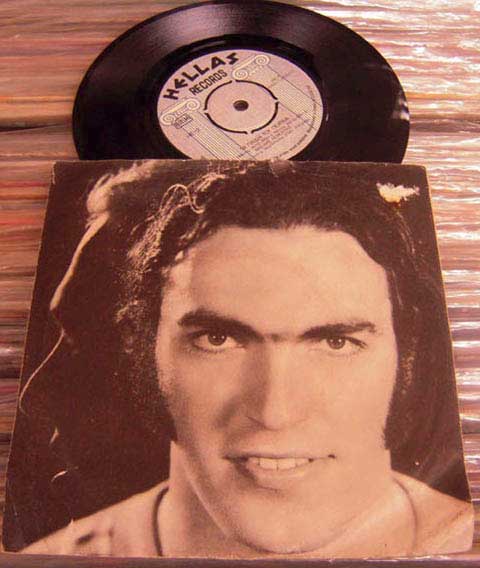