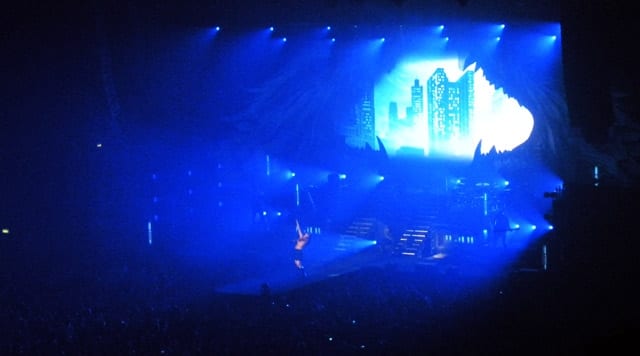 The bad criticism of the press for “Hydra” didn’t seem to dismay the fans of Within Temptation in London which almost filled Wembley Arena (12,500 people capacity). It turned out that people probably know better as the 10,000 people being in the audience looked more than excited while leaving this historic venue.

In order for people to get excited, a very strong warm – up was first needed… Delain, which are a child of Within Temptation since they were formed by Martijn Westerholt when he left the band in 2002, proved to be the perfect support band as they literally shined on stage. With a performance beyond expectations, truly professional, with great music and excellent stage presence, they won the demanding to this kind of music English audience. Charlotte Wessels, the vocalist of Delain, was outstanding. Without any excessive technical demonstration and appearance, she made everyone applause all the time during the forty minutes performance of the band and ask for an autograph and a photo at the end of the concert. Delain’s performance promises great things in the future.

Setlist: Go Away, Get The Devil Out Of Me, Army Of Dolls, Stardust, Electricity, Sleepwalkers Dream, The Gathering, Not Enough, We Are The Others. 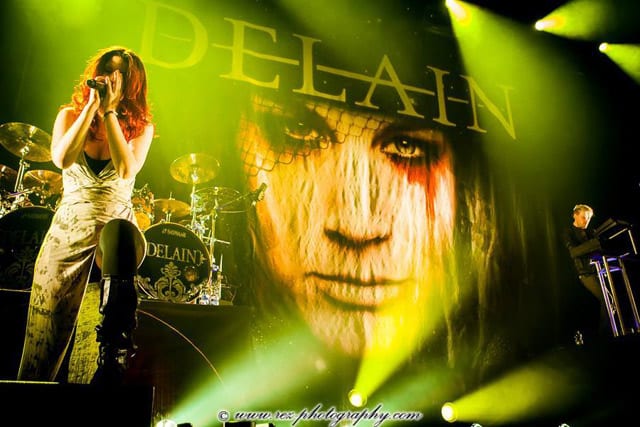 However, no matter how great the opening band is, the reason why people come in a venue is the headliner of the evening.

Within Temptation, was close enough to embrace perfection on their, for once again, spectacular stage. Beginning with “Let Us Burn” and continuing with hit – songs from their last two albums (“Paradise”, “Faster” “Iron” etc.) they were constantly exciting the audience. Sharon Den Adel did it for once again first and can easily boast about the (unwritten) title of the first Lady in this kind of music. Without excluding the performance of the rest band members who were also great, Sharon was a “one-woman show”! For many years she is perfect in every aspect and this couldn’t go unnoticed even in Wembley.

Most of the two-hour set of Within Temptation was coved by “Hydra” with eight songs, while all the albums of the band had representation, with the (probably justified) exception of “Enter” from the sound of which the band has stepped away. One of the concert’s top moments was the acoustic performance of “Whole World Is Watching” by Sharon and Ruud Jolie as well as the rather different version of “Faster”. A great honor for the band was the presence in the video wall at the back of the stage, between the teeth of the two Hydra, of Tarja Turunen, Keith Caputo, Howard Jones and Xzibit, where during their vocals in “Paradise”, “What Have You Done?”, “Dangerous” and “And We Run” as well, the lights went out from Sharon and fell on the screens. 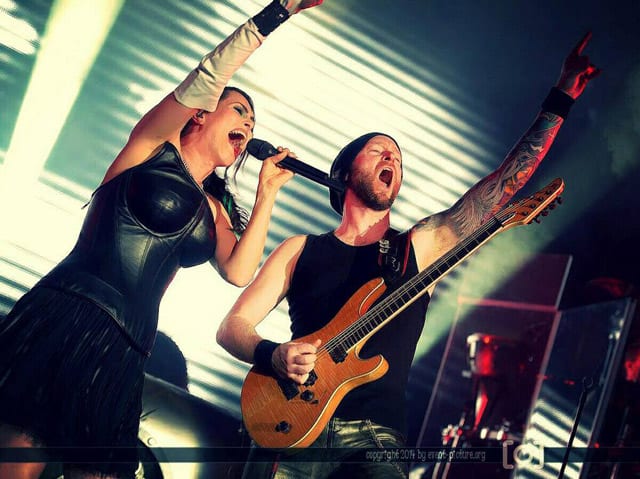 Just before the end, we listened to the usual cover which this time was “Summertime Sadness” of Lana Del Rey. The concert ended with “Ice Queen”, in order the younger as well as the more… mainstream fans to learn.

I don’t bother at all to write once again that this band has reached the top in every aspect. Apart from their wonderful albums, the concerts of Within Temptation make you wish that they never end.

Setlist: Let Us Burn, Paradise (What About Us?), Faster, Iron, Edge Of The World, In The Middle Of The Night, Our Solemn Hour, Angels, Dangerous, And We Run, Tell Me Why, See Who I Am”, Stand My Ground, The Cross, Covered By Roses, Mother Earth, What Have You Done,  Whole World Is Watching, Summertime Sadness, Ice Queen.