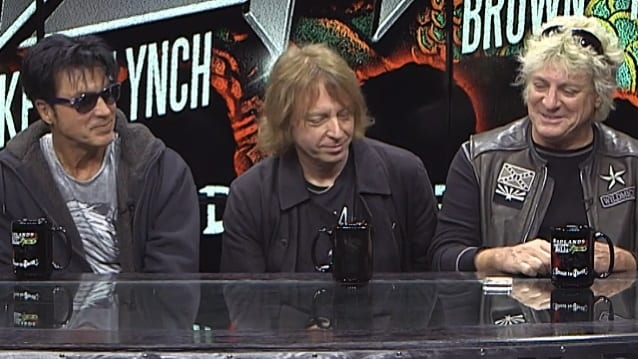 WARRANT frontman and off-and-on LYNCH MOB vocalist Robert Mason was recently interviewed by Straus Project.
On SUPER STROKE, his in-the-works project with Lynch, DOKKEN drummer Mick Brown and bassist Jeff Pilson (FOREIGNER, DOKKEN):
Robert: “I’m about three-quarters of the way done with that record now. I go back in a couple of weeks to Jeff Pilson’s house and try to finish. We’re getting along so well and writing and having such fun writing in the studio. A riff that George writes, or a thing that George and Jeff come up with musically, that’s the way that that record has come about. I’ve let them just overwrite, and then whatever parts of it give me a lyrical or melodic idea, then Jeff and I get in his studio and play cut-and-paste in the digital realm. They’re super-amenable to that.”