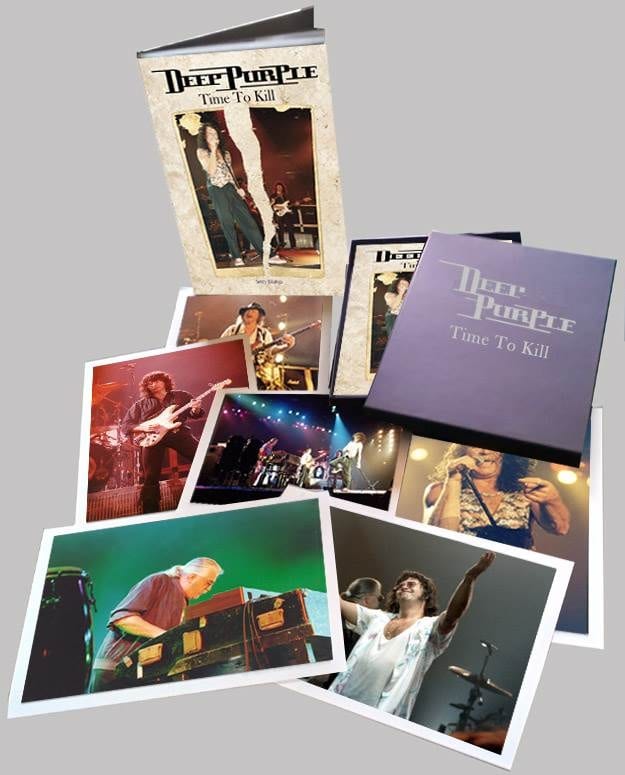 “Time To Kill” is a new publication from Wymer Publishing that focuses on the final tumultuous year for the classic DEEP PURPLE MKII lineup. Written by PURPLE biographer Jerry Bloom, who has already written several books on the band, this is an in-depth look at the the appropriately named “The Battle Rages On…” album and the tour that followed its release during this much-overlooked period in the band’s career.
Along with the comprehensive narrative, this beautifully designed book is crammed full of never before seen photos from the tour. It includes many shots of the band both on stage as well as back stage, in hotels, on aeroplanes and relaxing as the tour wound its way across Europe culminating in Blackmore’s last show with the band in Finland on November 17, 1993.
As part of the commemoration, the book will be fittingly published on November 17 this year, 25 years to the day that MKII played its last-ever concert together.