At The Gates are coming to Greece for the third time and an event like that can’t be missed. A few days before the teach how to play melodic death metal, Rockpages asks and Adrian Erlandsson (drums) tells us what is happening with the legendary Swedes. Interview: George Terzakis 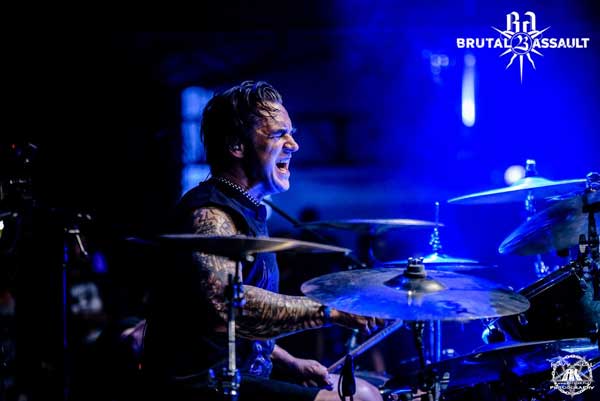 Rockpages.gr: Hi Adrian. At first, I have to congratulate you for your latest release. It’s an album worthy of the At The Gates logo on it. What feedback do you have so far from fans and Press?

Adrian Erlandsson: Hi George, thanks for the nice words! So far it has been overwhelmingly good response for the album from the Press and the fans. The new songs fit very well in the live set and the audience seems to really like them. So far so good!

Rockpages.gr: Obviously, the departure of Anders Björler (guitars) was a big change for the band. Were you surprised by his choice, considering that he also left The Haunted five years before that, or you saw it coming?

Adrian Erlandsson: Anders was very open with his feelings about touring so it wasn’t really a surprise when he decided to leave. The transition has been very smooth and Jonas Stålhammar is a great fit for us and brings a lot of good energy to the band.

Rockpages.gr: After his departure, did you think at any point that you should quit or nothing’s gonna stop you now that you are back stronger than ever before?

Adrian Erlandsson: The rest of us were very determined that the band wasn’t going to die. We all love what we do together and in some ways it might have been an inspiration to carry the flame of the band further.

Rockpages.gr: How different was the composition of the new album without Anders?

Adrian Erlandsson: It meant that Jonas Björler took on the main part of the writing together with Tomas Lindberg (vocals). So perhaps it was a slightly higher work load for them but it worked out very well in the end.

Rockpages.gr: Jonas Stålhammar is a great guitar player and a perfect new member for you. Was he your obvious first choice, because of his involvement in The Lurking Fear with you and Tomas or did you have in mind other musicians too?

Adrian Erlandsson: Jonas fits perfectly into the band. He has been a friend of the band for a very long time since the tape trading days in the late 80s. So personality wise he was a perfect fit. We did one jam in the rehearsal room before we knew that he fitted perfectly musically as well. 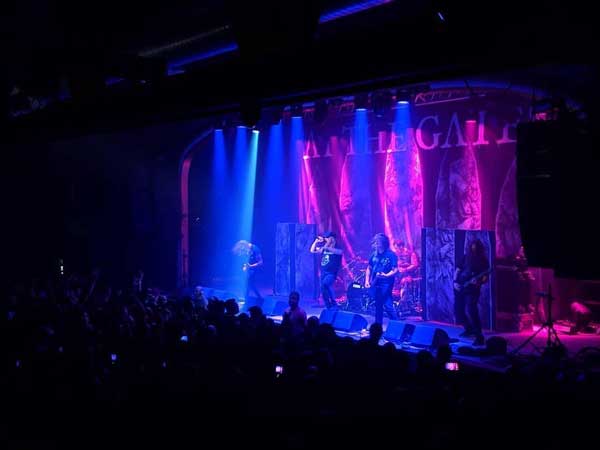 Rockpages.gr: Listening to “To Drink From The Night Itself” I can sense a dark vibe and old-school sound. Pretty much similar to the feeling of “Out Of The Voiceless Grave” of The Lurking Fear. Do you agree on that? Was this an inspiration to the direction of your new album?

Adrian Erlandsson: That is possibly a coincidence as Jonas Björler wrote the music of “To Drink From The Night Itself”. Doing The Lurking fear album brought a lot of inspiration on a different level. More in the sense of rediscovering why we love playing and creating music together.

Rockpages.gr: What serves as inspiration to you when it comes to writing new material?

Adrian Erlandsson: Jonas and Tomas listen to quite different music styles and i think the blend of their tastes create a very interesting platform for At The Gates to build our music.

Rockpages.gr: How long did it take to compose and record the new album?

Adrian Erlandsson: Jonas and Tompa started the writing in late 2016 and we went into the studio to record in late 2017 so roughly a year.

Rockpages.gr: What can you tell us about the cover art? What is the meaning behind it and how it is connected to the awesome album title?

Adrian Erlandsson: The inspiration for the actual front cover piece is taken from the Pergamon Altar, on display at the Pergamon museum in Berlin. It is, of course, linked closely to the concept that the whole record is based upon, but more on that later. But I will throw a name out there, for the interested ones: Peter Weiss. 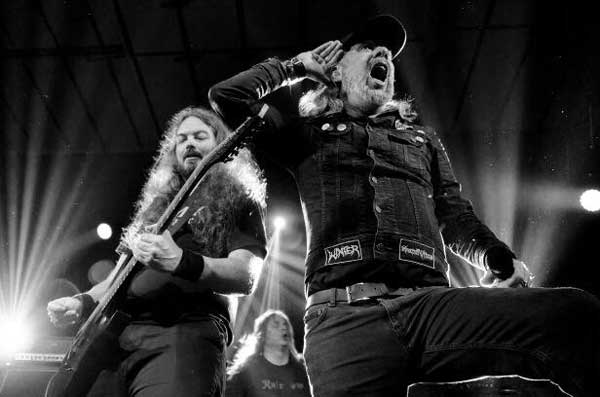 Rockpages.gr: “To Drink From The Night Itself” is a classic video that shows the band performing. “A Stare Bound In Stone” gives another perspective on that and of course “Daggers Of Black Haze” is completely different than that. Who had the ideas behind these videos?

Adrian Erlandsson: For the first video we used Patric Ullaeus and we wanted to capture the raw energy of the title track. The other two videos were made by Costin Chioreanu who is responsible for the album artwork and they are more an extension of the album art and the album concept.

Rockpages.gr: Let’s take you back some years. You reunited in 2008. Then again in 2010 with no plans for a new album. Eventually, this came too in 2014. In my opinion, you didn’t want to rush things and waited when the time felt right to take another step forward. What happened in all these decisions and change of plans?

Adrian Erlandsson: When we reformed in 2008 it was with the intention of doing some goodbye shows. No-one in the band considered at the time that maybe we will continue to     become an active band. However, when we started playing again in 2011 we really appreciated playing together again and travelling around the world together. Because of this new found joy we started talking about the possibility to possibly     do some new music together again. These ideas later became “At War With Reality”.

Rockpages.gr: It was the 21st of September, 2008. You visited Athens for the last show of the tour and, until then, your last show ever as At The Gates. Share with us your memories from that night. What were your thoughts backstage after the show?

Adrian Erlandsson: It was an amazingly emotional gig for us. We all loved playing together again and for the first time ever in Greece. It was a relief to finish the tour but sad at the same time that it was the end of the band. Which we all believed at the time. 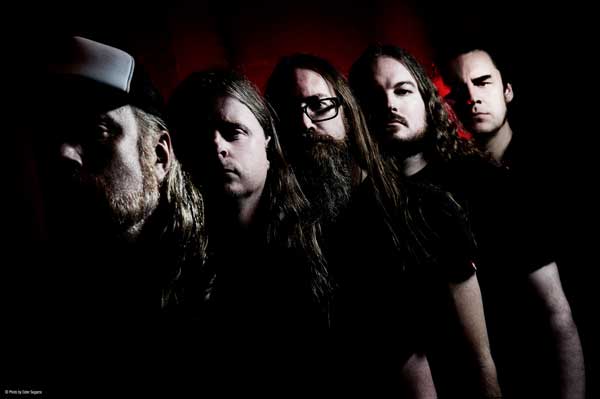 Rockpages.gr: Any memories also from you last gig here in 2015?

Adrian Erlandsson: I remember people singing along to all of the songs and the energy being great in the gig. I also remember a lot of really good Greek food.

Rockpages.gr: What can we expect from your upcoming shows in Greece? Any surprises?

Adrian Erlandsson: We have compiled a set that includes songs from all of our previous releases there are a few unexpected songs in there.

Rockpages.gr: It’s been four years since “At War With Reality”, an amazing comeback album. What happened in the band these years, except the departure of Anders?

Adrian Erlandsson: When the touring stopped for ”At War With Reality” in late August 2016 we had a short break. Tompa and Jonas then started the writing for ”To Drink From The Night Itself” so there really wasn’t much of a break for us as a band. 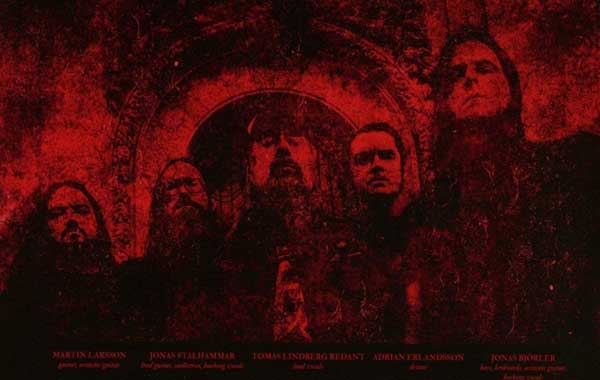 Rockpages.gr: All of the band’s members have other active projects. How easy or hard it is to dedicate time to all of them? Do schedule conflicts occur often?

Adrian Erlandsson: At The Gates is our main priority but of course we allow time for us to do other musical projects as well. Its important and brings back a lot of good energy to the band.

Rockpages.gr: What are the future plans of At The Gates?

Adrian Erlandsson: Right now we have touring plans until the end of 2019. At some point we also hope to record a new album. Perhaps late 2019 or early 2020.

Rockpages.gr: Adrian, I want to thank you for dedicating time to this interview. It’s a real honor for me. Leave a message to your fans in Greece.

Adrian Erlandsson: Thanks very much George! We all very much look forward to the gigs in Greece! See you in the pit!! 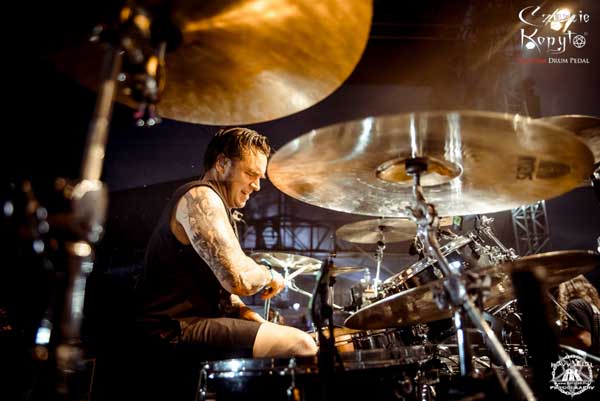