They are one of the up-and-coming powers in the area of progressive rock and not only. They have exceptional works and a big asset which is called “live performance”. We are talking with the mastermind of BigElf, Damon Fox, a musician who nails down whoever is watching him on stage, among a sea of keyboards giving his own performance. Interview: Dimitris Kazantzis

Rockpages.gr: What is the feedback so far since last May when the album was released?

Damon Fox: I think the feedback is really astounding; it’s pretty genuine…I mean, anytime a band makes a record it’s a pretty pressurized moment trying to climb that hill and win over as many fans as you can. I don’t care if the record will be characterized as better or as best…all I care is to try and make always a quality record. But there are a lot of people coming and saying that this is definitely the best Big Elf record and that’s a good thing, I guess. So, I think the response has been extremely good considering the line-up changes and I believe that the ship got through the storm and we are on the other side of it.

Rockpages.gr: With “Into The Maelstorm” you were heard more than ever. It is truly exceptional, but I guess that Inside Out Records helped a little bit. How did this collaboration come up? 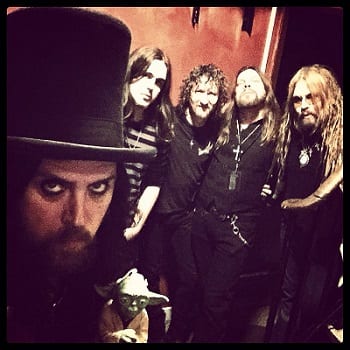 Damon Fox: We have been in touch with them for a long time and we were discussing the possibility of working together and personally I always thought that Inside Out Records had a really interesting infrastructure of prog rock bands. I don’t think that Big Elf fit in this category…the prog rock category but with (Mike) Portnoy on this record, well it does relate a little bit to it. It’s a good label.

Rockpages.gr: Would you rank your music in any kind? We hear a lot of different things in only one c.d…..

Damon Fox: Oh boy…good (laughs)! I mean, BigElf to me it’s kind of a melodic prog/doom band. It’s like having in one band “Abbey Road” from The Beatles, “Master of Reality” from Black Sabbath, “In The Court Of The Crimson King”, from King Crimson, “Wish You Were Here” from Pink Floyd and add a few Queen and 70s glam rock elements on top of that. So, I’d say that we are a psychedelic prog, stoner n’ glam metal band. But not the 80s glam metal sound but more like Alice Cooper, Arthur Brown, Sweet…the glitter rock.

Rockpages.gr: You performance kinda reminded me of Alice Cooper…is he an influence?

Damon Fox: Not entirely…well, obviously I love Alice Cooper but he is not an influence on BigElf’s sound. It’s more from a theatrical point of view…it’s his theatricality that we admire; after all, his music was always tongue in cheek. We are closer to Pink Floyd’s music and we are more into the more serious aspects of life, like mental illness, pain, loss for example. The Beatles touched a lot upon those subjects on their music. I was really into Arthur Brown…he influenced Alice Cooper and Kiss. Everybody got something from him and he doesn’t get any credit whatsoever. Also, I was into Atomic Rooster with Carl Palmer…great band. So, we have been doing this this occult, stoner/prog rock for a while and it’s getting really popular these days with bands like Witchcraft…it’s like a different genre. As a kid I was really into Adam Ant…I had to be honest with you. He was the epitome of the frontman! An amazing performer.

Rockpages.gr: You have already started an extensive European tour. What are your impressions so far?

Damon Fox: Fantastic! We did Germany, Italy, Belgium, Spain and some other countries and the response has been awesome. Crazy fans…crazy shows! Especially the fans in Spain and Italy were superb…unbelievable energy. So far, it’s great to be playing our music again and it’s alittle challenging to get back with a new album. As the tour goes one, we are figuring out what works and what doesn’t work along the way. I mean, which songs go down better with the audiences or which songs are easier to perform and so on. It’s been fantastic so far.

Rockpages.gr: You come from Los Angeles, a city known for other kinds of music. How were the first days of your band there? 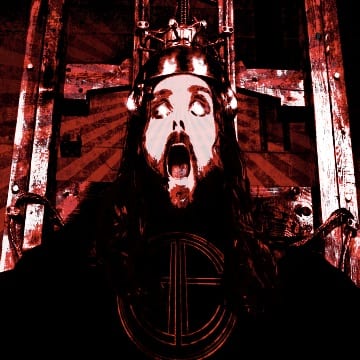 Damon Fox: The early days of BigElf were really tough. The origins of BigElf are traced back in the 80s when I was a teenager and our music was really a really lame, strip metal! After Guns N’ Roses and Motley Crue had been the greatest hard rock bands and then grunge was happening in the early 90s. Don’t get me wrong I love some of those bands and I love the thing that was going on with bands like Faith No More and Red Hot Chili Peppers…but yeah, things were tough for us in the early days. Back then, I always thought that there was a lack of real prog rock sound back then. And we always considered ourselves as part of a resurgence of that classic 70s sound. It was really hard for us but we always thought that BigElf was a part of that retro rock sound.

Rockpages.gr: Do you see music more as a way of life or as a profession?

Damon Fox: Way of life! Definitely! I know it’s a difficult time to sell your music…it’s not like the old days when people actually bought records. These days things are difficult for the musicians…the economy, digital downloading, Spotify…all these things make it difficult. The area of music has become so confusing and gray. I think it’s gonna take a while for bands and the industry to short things out but I believe that it’s back to life. You got to go out there and play for your fans. You have to present the music to the people…that’s the only way nowadays. You got to work hard to make it. People will always go to the shows…it doesn’t matter if it will be in a spacecraft! There will always gonna be a live element. Like in Star Wars…the first scene is in a cantina with a future band playing music. There will always gonna be a live show…no matter what the industry or the economy does, people will always go to the shows! That’s for sure.

Rockpages.gr: What are the immediate plans of BigElf, what is your next step?

Damon Fox: We are doing a US Tour…we are trying to get to Japan and South America…we have lots of fans there…when we did a tour with Dream Theater the response was great. And of course tons of European Festivals in the summer. We will see how it goes and will see what happens in 2015 in regards with the recording aspect of BigElf. The only certain thing is that we will try to make some money from the tour and the merchandise. That’s our goal…to make it as a professional musician.