With great pleasure we accepted the invitation for the Chania Rock Festival press conference. Held in a very nice place, Bock Beer Restaurant, Sakis Fragos of Rock Hard magazine and Sakis Tolis of the mighty Rotting Christ, answered our questions about the festival and the latest RC release “The Heretics”.

Check out the entire press conference below (in Greek)…

CRF will open its gates on 5 and 6 of July. It started back in 2002 and after a big pause, it is there every year since 2008. The place is magnificent, the Bastion of San Salvatore, probably the best in Greece for an open-air fest. The artist so far are Demons & Wizards (for the first time in Greece), Tarja, Rotting Christ, Uli Jon Roth (with a special Scorpions set) and Carthagods from Tunisia. Five more bands are to be announced. And to understand the effort for a strong line-up, as Sakis Fragos noted, Demons & Wizards will be one of the headliners in this year’s Wacken Open Air. Also, it wasn’t so difficult to book them because Hansi Kursch played in Chania with Blind Guardian in 2017 and simply loved it. 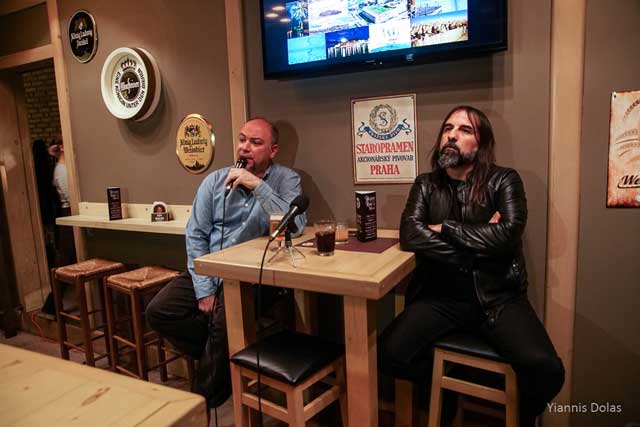 Chania Rock Festival is trying, according to Fragos, to promote the metal vacation. Chania is a beautiful town, July is a month where many people choose to go on vacation, so the combination with a metal fest is ideal. And maybe in Greece this is not very common among the fans, but a big part of the people who go to the biggest festivals are not going only for the music. Perfect example, fans from 20(!) different countries have bought tickets so far. And there are many who organize their vacation depending on the dates of the fest. That shows the impact of CRF and what is trying to achieve. Metal vacation in a beautiful town with low-cost ticket.

As for Sakis of Rotting Christ, he noted his love for the festival, as he has played there three times. He remembered the old days when he did everything in his power to go to a festival abroad or to even play a gig in another country. He supported the idea of metal vacation, anyone who will decide to do that, will understand the reason. As for “The Heretics”, it’s an album where once again put his soul in it. Rotting Christ in their long journey have tried many things, because that felt right. He doesn’t see a point in making a second “Thy Mighty Contract”, although he could, because that would make him feel that he can’t move forward as a musician. Also, he mentioned many times that the Greek scene has many excellent bands, but without mentioning any of them.

So, Chania this year will entertain many music fans who seek a different experience. A town that is proud of this festival, you can feel it how important it is for them and you will know it by how they will welcome you. Mark the dates. 5 and 6 of July. See you there. 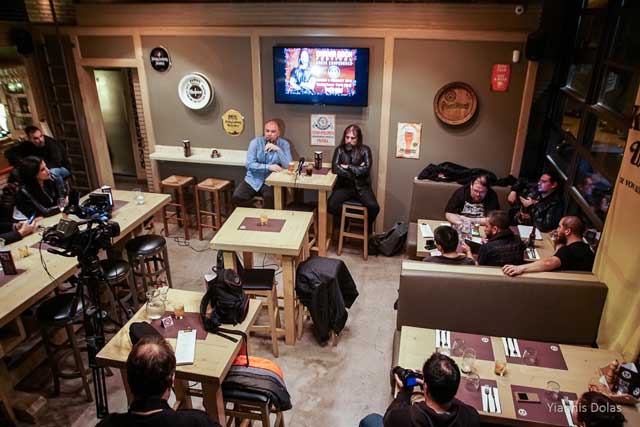 Bob Geldof – “reaction will not come from music, but from social media”