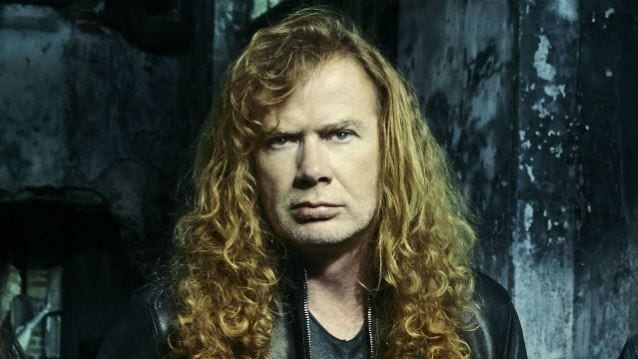 MEGADETH mainman Dave Mustaine says that he believes the Rock And Roll Hall Of Fame is “opposed” to him being inducted into the Cleveland-based institution.
Artists are eligible for the Hall Of Fame 25 years after the release of their debut recording. Honorees are chosen by more than 900 Rock And Roll Hall Of Fame foundation voters, along with a single ballot containing the aggregate results of the annual online fan vote.
After a fan tweeted that it was “past time” for MEGADETH to be inducted into the Rock Hall, Mustaine responded: I think that the @rockhall is opposed to me being in there.” He added: “It is one of my bucket list items: The R&R HOF and my Grammy.” Another fan then tweeted that Mustaine “deserve[s] both” a Grammy and a Rock Hall induction, to which the MEGADETH leader replied: “Thank you. I just wish that both of those boards felt the same way that you do. I am in there bcuz of Met in a way. But I’d like Megs to go!“