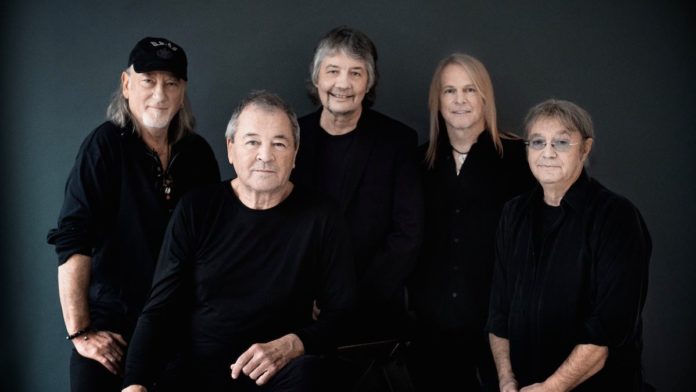 Three years after launching what DEEP PURPLE considered to be an extended farewell tour dubbed “The Long Goodbye”, singer Ian Gillan has told Cleveland.com in a new interview that he and his bandmates no longer have definitive plans to retire.

“I think a few years ago there was some kind of effort from our business connections to sort of get an exit plan — we were all a bit under the weather, physically, so we decided on a goodbye tour,” the 74-year-old rocker explained. “But the operative word is ‘long,’ so, yeah, very long. We’ve got a bit to go yet. I think things are gonna be on the shelf for awhile, but then I think we’ll be back for a bit of fun.”