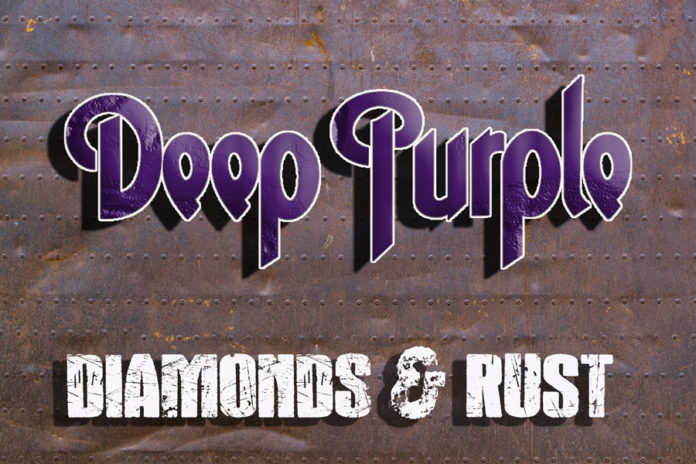 A long time ago, we used to have a regular column here at Rockpages called “Diamonds & Rust”. In this frame, we presented two records of one band; the good side (Diamond) and the bad or uninspired moment (Rust). So, we resurrected it a while ago with Blackmore’s Night, AC/DC, KISS, Journey. Now it’s Deep Purple’s turn!

Blackmore is gone and the rumors about who was going to replace him go on to this day. Finally, a young Californian, Tommy Bolin was the chosen one. From the very beginning of the album with “Coming Home” his distinctive tone is coming on like a hurricane.

The album is totally subdued to Hughes and Coverdale’s funk roots, which were the reason that the Man in Black left, and to my ears that sounds great keeping the spirit of Deep Purple alive. What is that? Inspiration, creativity, experimenting and of course great tunes that result in a solid album.

Coverdale and Hughes juggling the lead vocals –they only share the mic on “You Keep On Moving”-, or taking a song each, Bolin’s amazing playing –that at some points might remind you of Blackmore-, maestro Jon Lord playing like a god with an astonishing variety of sounds coming out of his keyboards are the highlights of an album that many people hate and reject, but it’s assured that it influenced a lot and draw the attention, just like the first three that mk.2 delivered. Oh, and we didn’t even say a word about the giant Ian Paice whose technique, performance and feeling is just breathtaking putting the drums on the frontline.

Unfortunately, the new comer guitarist and Hughes excesses affected the band’s live shows severely and quickly led to the break-up of the band.

If “In Rock” was the revelation and the start of one of the most important quintets in the history of music, “Fireball” the experiment and “Machine Head” the peak, then “Who Do We Think We Are” was the consequences of all the above and certainly the weakest link. Apart from “Woman From Tokyo”, which is one of Purple’s trademark classics, “Mary Long” and the fiery “Rat Bat Blue”, the songs show a band that is on autopilot playing and creating mechanically, tired and with no vision.

The pressure to keep up the “album-tour-album” cycle was relentless and amplified the tensions and clashes in the band, which resulted in the second worst album of the band’s best lineup and the last of the ‘70s with Gillan and Glover. If they had taken a break, maybe everything would have been different, but history was never written with “if’s”.

What happened next is pretty well known. David Coverdale and Glenn Hughes were the best transfers in rock, revitalized the band who made two great albums. But, the funk and soul influences that the two new members brought wasn’t of Ritchie’s tastes, who finally decided to leave the band and as a result we got the “diamond” album.