It took them a long time -28 years if we want to be exact- yet Tod Howarth and John Regan are back together in a new outfit called Four By Fate and their debut album “Relentless” has already gained rave reviews from all over the world. Without further ado…ladies and gentlemen, Tod Howarth and John Regan introduce us to the world of Four By Fate! Interview: Sakis Nikas

Rockpages.gr: Guys, was it fate or a plan right from the start to form Four By Fate? 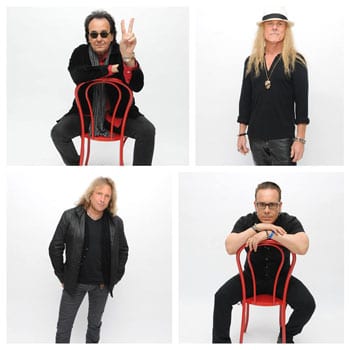 Tod Howarth: Well John and I had talked often about doing something together after the Comet days – little did we know it’d take 30 years to get there, wow! A loose plan or idea at first and then in the last 2.5 years that’s when ‘Fate’ took over or the Relentless pursuit thereof!  Seriously, the tumultuous paths that were endured definitely encompass the end result here with the CD. WOW, again, ‘Amazing Records’ is our label in the UK, Europe & Scandinavia…and the title of course is ‘Relentless’! We believe that everything happens for a reason and many reasons, tragic and positive happened here…

Rockpages.gr: Why did you decide to call the album “Relentless”?

John Regan: When we had finished up the mixes at Raw Recording here in NY, we were in the studio writing down various title possibilities, and I think that something that Tod’s son mentioned resonated with him. We began talking about how monumental a task it was to get to the end point of the recording process given the many hardships that occurred over an almost 2 year period. At some point someone said that we indeed had to be “Relentless” in our pursuit to finish the record…we looked at each other, and knew we had the perfect title!

Rockpages.gr: Given the fact that Tod Howarth and John Regan are the two key members of the band, lots of Frehley’s Comet fans are wondering if there will be similarities between the two bands…what can you tell us about it?

Tod Howarth: That is of course the automatic thought process for many and while we are so very grateful for those who have waited and watched we are not a continuation of Frehley’s Comet.  The Comet fans that have seen us, heard us and have the new CD are like ‘Whoa, this shit rocks! Sooo not what I expected!! We are thrilled to hear this because John has gotten better – if even possible – on his bass and sounds/production and I have learned to sing, write and play far better than ever before because I believe one never stops learning, enjoying, being influenced and translating these things into new music – that has our stamp – where true fans will see/hear/love the growth. No, we are heavier, more melodic, and more intricate and far more a live big rock feel than the Comet.

Rockpages.gr: The album has been only recently released. What’s the feedback so far and most importantly are you happy from a compositional standpoint with the final result? 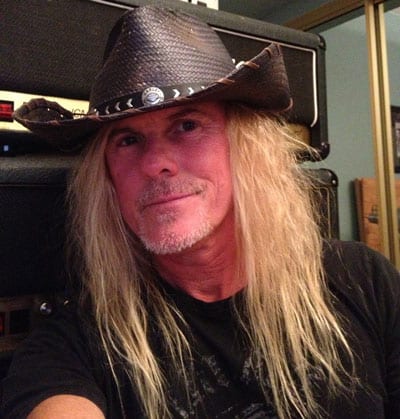 John Regan: Indeed the reviews have been AMAZING!!! We are all thrilled and humbled by the response across the board. In print, internet and personal form, we have received more positive feedback than any of us could have hoped for. As co- producer along with Tod and Jean-Christophe Santalis, I think I can speak for us all when I say that we are proud of every aspect of “Relentless!” From songwriting to performance and sound…we gave it our all, and I am proud to be part of Team FXF!

Rockpages.gr: How did Rob Affuso end up in Four By Fate?

Tod Howarth: The Robster!  Pat Gasperini our new guitarist/co-singer ran into him shortly after AJ Pero had passed and had a conversation about the band – Rob expressed an interest and it took place! John also knew of him as well. Fate in the works there…

Rockpages.gr: The late A.J. Pero makes his last ever recording by appearing on six tracks on “Relentless”. What do you remember from the musician and the human being A.J. Pero?

John Regan: We have been asked this question often, and I have the same answer every time. I only knew AJ Pero for a brief 48 hours…but in that time, I fell in love with him…both musically and personally. The sheer power and creativity of his drumming is only eclipsed by his warm, generous, funny and sensitive soul. I think of him every day, and so grateful that we have these final six of his recordings, as a testament to a great musician and person. AJ is forever a part of FOUR BY FATE.

Rockpages.gr: Was there ever any thought of reviving Frehley’s Comet? Did you ask Ace about it?

Tod Howarth: This is the reason that FXF exists. Over four years ago John had contacted me about trying to get ahold of Ace to do a few special shows for the then up and coming 25 year anniversary of The Comet. When once we had people get the message to him about it he expressed that he’d need an unrealistic amount of money to do it.  So we had to pass on the idea – perhaps his way of ‘passing’ on it too as he had other plans going on.

Rockpages.gr: How is your relationship nowadays with Ace? I am asking you because there has been a period in the late 90s where there has been turmoil between John and Ace regarding financial matters…

John Regan: To be totally honest, there was never any personal turmoil over finances between Ace & myself. I hold the record companies responsible for the issues! I was very happy to see Ace at the Chiller Convention a while back. We had a nice chat, and hopefully we will interact musically in some form sooner than later.

Rockpages.gr: Tod, I’ve been a fan of your solo albums and I’ve been following your career since the very early days. I know that the main focus is now Four By Fate but is there any chance of doing yet another solo album in the future? 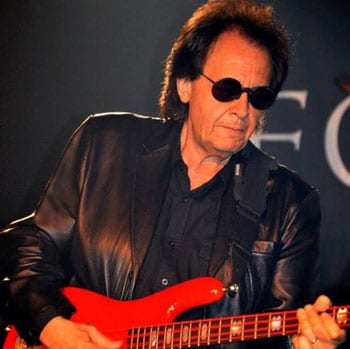 Tod Howarth: Ah well very nice thank you!  You are correct about my main focus on Four By Fate as nothing is better than being in a band where you actually like everyone and have fun – the prerequisite for us.  Yes I will be doing more solo CDs in the future as I suspect most all of us will chase after our own pet projects.  I’m currently building another mini studio to do my work in since my son is living in my big studio going to college!  The things dads do…

Rockpages.gr: Lots of fans are wondering what John has been doing since “Trouble Walkin’” and the tour that followed. Would you care to share some highlights of that 25-year gap between 1990 and 2015?

John Regan: I hope you are sitting down…this might take a while! I’ll try and keep it brief. After leaving The Comet in 1990, I had the privilege to work with some of my favorite Artists…many of whom I could have only dreamed of working with. The early 90’s found me touring with Stephen Stills, Dave Edmunds & reconnecting with my dear friend Peter Frampton to continue touring, writing and recording right through 2010! My 31 year musical and personal friendship with Peter is something rare and one I treasure very, very much.

Recording with Peter, David Bowie, The Rolling Stones, Billy Idol, Michael Monroe, David Lee Roth and so many others has kept me busy and eternally grateful. Getting a personal call from Mick Jagger to invite me to audition for The Stones when Bill Wyman retired was truly an honour I will never forget. All of this is the stuff dreams are made of for a young musician…and I really still can’t believe my good fortune.

Rockpages.gr: What’s the craziest or fondest memory from the Frehley’s Comet days?
Tod Howarth: I’ll go with fondest first…Hmmm, I believe sitting in the big studio room playing piano for ‘It’s Over Now’ tracking with Jamie and John and remembering just how HUGE the impact of the track was without anything else on it…and then to complete it with my vocals, Lead guitar….emotional really and thankful. Craziest….watching the catastrophic brilliance of Ace doing anything anywhere…an accident waiting to entertain, and he did.

Rockpages.gr: I know that the American fans are the privileged ones when it comes down to seeing Four By Fate but is there any chance of doing selected European shows?

John Regan: We would love to get over to the UK, Europe, Scandinavia…and everywhere for that matter. All of that is being worked on right now, and please visit us on out Four By Fate Facebook Page page for all Late Breaking News!!!

Rockpages.gr: Last words to your fans in Greece and all over the world…

Tod Howarth: Man I, we cannot thank you all so very much for still being there…you have the dedication that rivals ours because for us to keep doing this for you! Well it’s the only reason!  THANK YOU for being there then and for being here now!!

John Regan: Gratitude to all of our friends for the decades of support. As Tod mentioned…your standing by us allows us to live our dreams! I hope this is correct…ευχαριστώ! 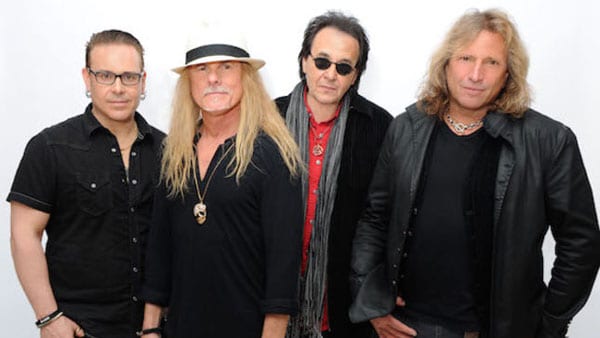