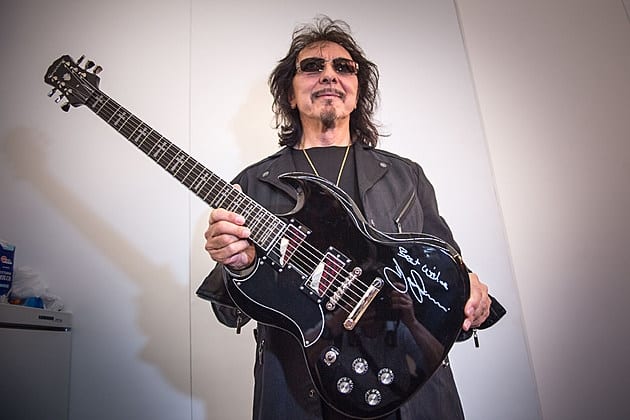 BLACK SABBATH guitarist Tony Iommi says that his cancer is still in remission six years after he was diagnosed with the early stages of lymphoma. Nine months after BLACK SABBATH brought its farewell tour to an end in the band’s hometown of Birmingham, England, Iommi told Guitar World that “healthwise, I seem to be all right for the moment. It’s still in remission,” he said. “I continue to have my regular checkup every six weeks, and it’s a bit easier for me now that I’m not touring. The doctors were concerned about all the flying I was doing, because it isn’t good for the blood. But I’m on top of it, and I’m eating the right things… although sometimes I still eat the wrong things. [Laughs]”