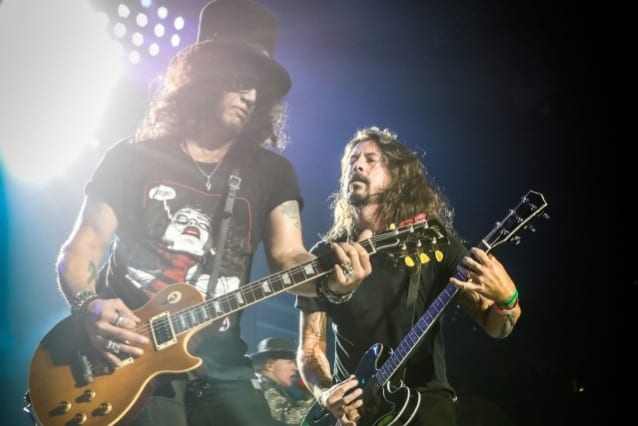 According to Billboard, a video of Dave Grohl performing “Paradise City” with GUNS N’ ROSES in Tulsa, Oklahoma landed at No. 1 on Top Facebook Live Videos chart for November 2017. The clip, which was uploaded on November 15, was the most-reacted-to, most-shared and most-viewed video by a musical act last month, earning 100,000 reactions, 25,000 shares and 2.1 million views, according to Shareablee.