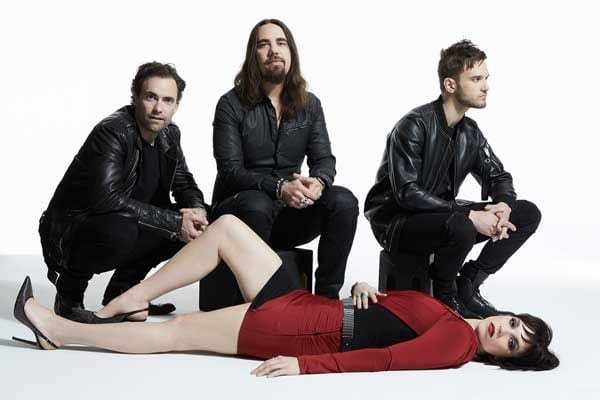 Halestorm released a new video for the song “Black Vultures” from their upcoming album “Vicious”, which is out on July 27th through Atlantic Records. “Everybody’s firing on all cylinders. It feels like we’re back in our parents’ basement trying to hash it out”, Lzzy told radio station Razor 94.7. “There’s four sides to Halestorm – it’s not just about me being the singer and whoever playing in the background. I think this is going to be the first record where you can really hear what puts Halestorm together. We’re all doing things that we’ve always been able to show during our live show, but now we’re finally capturing it. I feel like this is going to be our most rock record to date, even more so than the first and second record. Nick is bringing that out of us. There’s teeth to it”, she added.