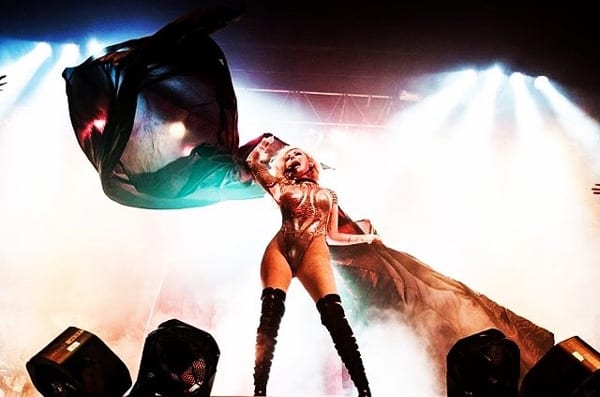 Americans In This Moment released a new lyric video for the famous “In The Air Tonight” from their forthcoming album “Ritual”. Talking to radio station WNOR FM99 Maria Brink revealed: “Honestly, that’s one of my all-time favourite songs, since I was a little girl. It’s just so haunting, powerful, dark and captivating. I’ve been trying to cover that song forever – we just couldn’t quite figure out where and when. So this time we just took a little attempt at it. It’s a hard song to even attempt to cover because it’s so awesome and it’s scary to try to do something to a song that’s already perfect. So we just try to do our own individual expression of it because I feel like you can’t make his better.” She added: “It’s just a different version, a different take, our point of view and I think it’s a real special song on the album. I can’t wait for everyone to hear it. It makes me feel all these different feelings.” “Rituals” is out on July 21st through Atlantic Records.