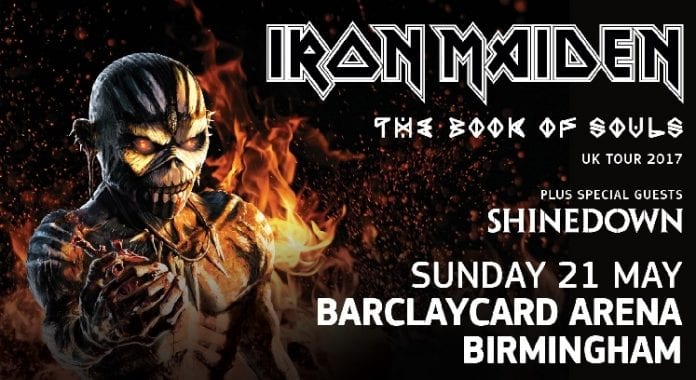 In the sunny afternoon of 21/5, Rock Pages attended the Iron Maiden show in Birmingham. It has been a few years since Iron Maiden played indoor shows, as the last couple of years the Irons only did Festival dates. 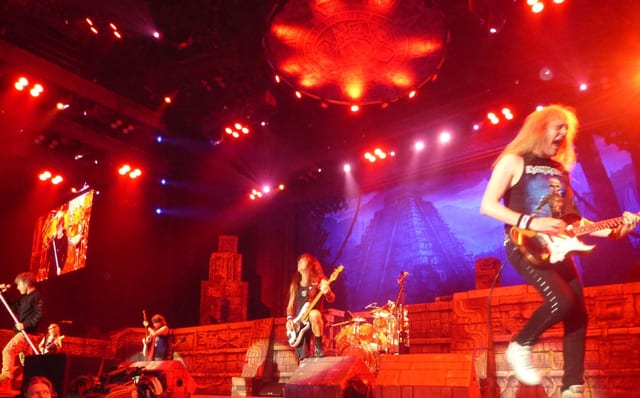 Rockpages got to the “scene of the crime” at 15.00 to find out that Barclaycard Arena was completely ramped by Iron Maiden fans and everyone was in such a great mood.

Having the “First To The Barrier” ticket allowed us to get early access to the venue (at 17.00) and look at the merchandise. Taking us through the “backstage” corridors we end up getting into the concert hall.  Soon after that the entire arena was filled up with metalheads.

Shinedown came on stage (at around 19:40) and performed for about 50 minutes and performing 9 songs. Their sound quality was great and they tried to warm up the crowd as much as they could. Some of the songs they played were: “Fly From The Inside”, “Unity”, “Enemies”, “Sound Of Madness”.  Personally, I wouldn’t have chosen Shinedown as a supporting band for Iron Maiden.

At exactly 20:50, “Doctor Doctor” was played through the PA system and the entire Barclaycard Area sang in unity. Straight after that there was a video clip that contained the “The Book Of Souls Eddie” running around the jungle in order to find his heart. Once that took place, the first song started… “If Eternity Should Fail”. 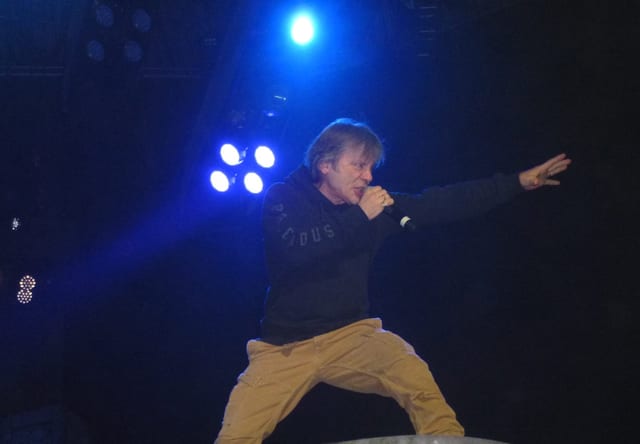 After the intro the band ran into the front of the stage and they got the crowd going straight away. Steve Harris was singing the words while looking into the eyes of his fans. Then “Speed Of Light” followed, a “straight” to the point song. After that the band dived into the past while they performed amazingly the old classics of: “Wrathchild” and “Children Of The Damned”.

The structure of the setlist was setup nicely as the band was moving between their new and older material.  Some of the songs that were performed from the “The Book Of Souls” album are: “Death Or Glory”, “The Red And the Back”, “The Great Unknown” and the “The Book Of Souls”. Before the band performed the last song, Bruce was questioning the fact that the Mayans race vanished from the face of the Earth  without a trace. During that song, Eddie came at the stage, engaging play time with the band and Bruce managed to rip Eddie’s heart out and threw it over to the crowd. 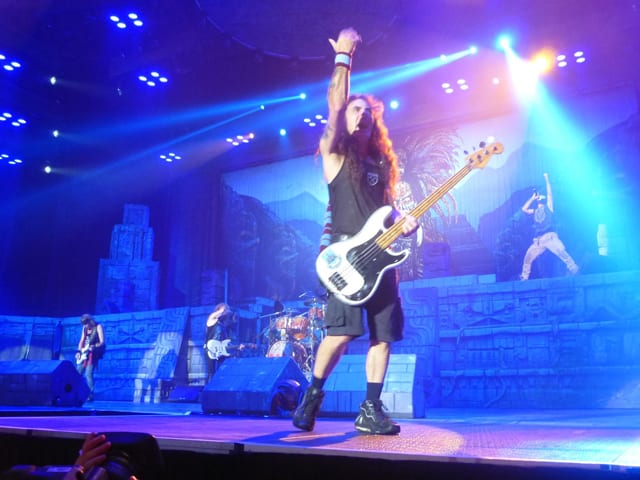 Other classic songs got performed, such as: “The Number Of The Beast”, “The Trooper”, “Fear Of The Dark”, “Blood Brothers” and a nice appearance surprise of “Powerslave” and “Wasted Years”.

At the end of the show, everybody left the Arena totally satisfied as this was definitely a fantastic concert.  All that is left to say is…. “UP THE IRONS!”

P.S.: Rockpages will try to attend the Cardiff Show as well! So … be there ! 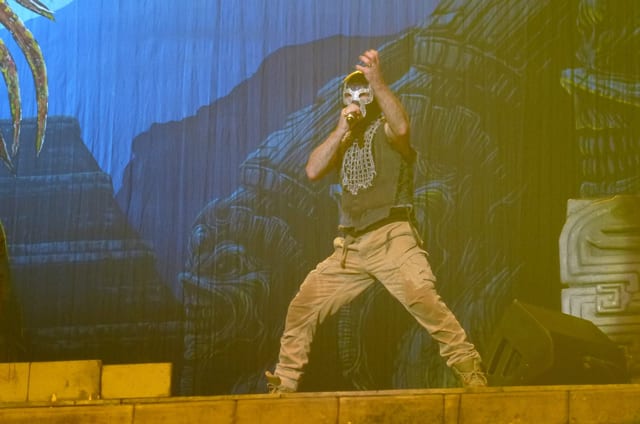