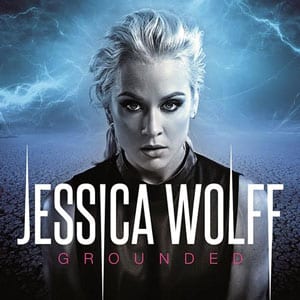 A short while ago we had published an exclusive interview that we had done with Jessica Wolff during our brief stay in Helsinki in October. Jessica is a young Finnish singer/composer and we would literally need a huge, separate referential page for the sheer mention of her other activities. But for all these stuff –outside of music- you should definitely check out our very interesting interview.

“Grounded” is her second solo album after the remarkable debut that was released in 2013 under the title of “Renegade”. The truth is that the first album wasn’t promoted as much as possible and it was really “confined” in the territories of Finland and Japan. But the first, crucial step had been made…

The sophomore effort by Jessica Wolff continues really on the same path which is essentially a radio friendly pop/rock sound that brings in mind Pink and why not a more reserved 3 Doors Down. The most impressive aspects of the album are the catchy tunes and the impressive vocal lines that are wonderfully enhanced by a crystal clear production. I must underline, though, that all the hard rockers out there should not expect frenzy guitar solos or similar outbursts. A we mentioned, this is a pop/rock album and it should be approached as such.

All in all, “Grounded” is a well-crafted album and you should definitely check it out. I truly believe that Jessica Wolff is a high level artist!

Highlight: Just a mere look at the video-clips of both albums will leave you absolutely speechless and stunned.