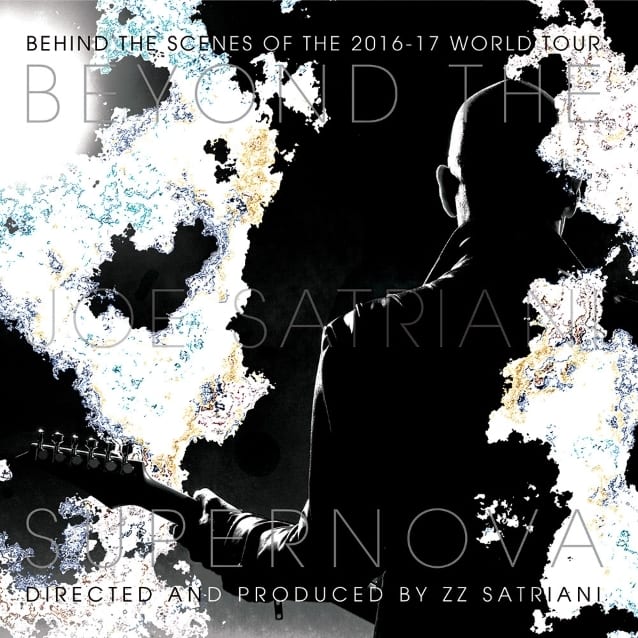 Guitar icon Joe Satriani has announced the release of a limited-edition box set including a DVD version of the critically acclaimed documentary “Beyond The Supernova”. The film, which was shot, edited, directed and produced by ZZ Satriani while on tour in 2016 and 2017, received high praise from fans and critics alike when it debuted last October at the Mill Valley Film Festival.
The “Beyond The Supernova” box set is packaged in a beautiful custom-designed acrylic box suitable for display and includes:
* DVD version of the film
* Two CDs featuring 32 songs of previously unreleased music (film soundtrack plus 10 bonus tracks)
* A custom USB stick (shaped like Joe Satriani signature Ibanez!) loaded with the music and an HD version of the film
* Five collectable guitar picks with original Joe Satriani art
* Custom set of Joe Satriani “Shockwave Supernova” .010 to .046 guitar strings with extra first and second strings included
* Each set will include a certificate of authenticity signed by Joe and the film’s director, ZZ Satriani
This set will be a one time limited edition of 1,000. Each box set will be numbered and, once sold out, will not be offered again. As part of the pre-sale promotion, this high-value box set is being offered for $180.00 plus shipping and handling. After October 31, the price increases to $200.00 plus shipping and handling.