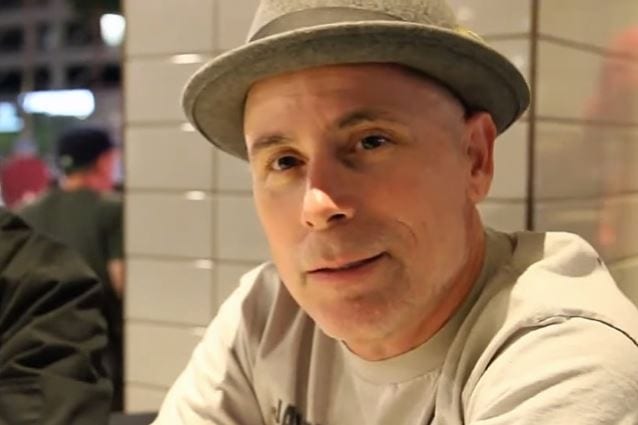 Former ANTHRAX and current ARMORED SAINT singer John Bush was recently interviewed for the “Talking Metal” podcast. Asked for his opinion on streaming music services like Spotify, Bush said: “You know, the whole streaming thing, I don’t know that much about it. I got a present for the holidays, the Alexa thing [Amazon’s cloud-based digital assistant], and we use it at our house: You know, ‘Alexa, play ARMORED SAINT, or whatever. I mean, not that I’m doing that — I’m not that narcissistic. [Laughs]”
He continued: “I was talking to Brian Slagel [Metal Blade CEO] not that long ago, and he said that he feels like the whole streaming thing with music is going to eventually work itself out. And that’s coming from him, who stands to lose with some of the stuff, and certainly with the record sales declining as they have. But he seemed pretty optimistic that it’s not that far into the future that they’re gonna iron it all out and people will be getting properly paid for this.”