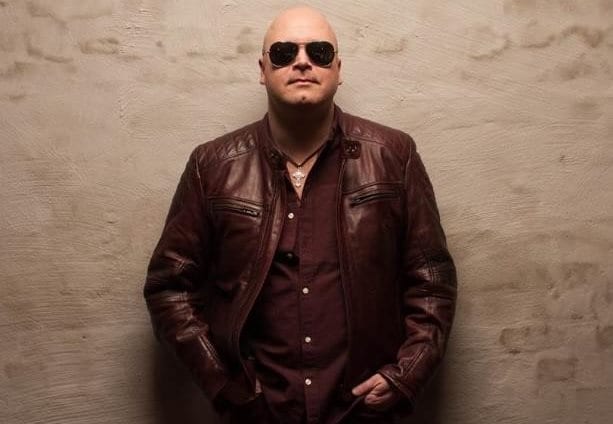 Japan’s Burrn! magazine has published the first cover story on the reunion of the classic lineup of German power metallers HELLOWEEN. Dubbed “Pumpkins United”, the band’s upcoming tour will feature seven musicians — including former vocalist Michael Kiske and guitarist Kai Hansen alongside current singer Andi Deris and guitarist Sascha Gerstner — performing material spanning HELLOWEEN’s entire three-decade-plus history.
A few translated quotes provided to the Michael Kiske fan site Kiskelized follow below.
On who triggered the reunion:
Michael Weikath (guitar): “Kai has been way ahead of us. It has always been clear to him. The reunion is what Kai had wanted to do and he has been proposing over the years.”
Michael Kiske: “It was Kai who gave me the final push to do this. It was me who said, ‘Let’s do this.’ HELLOWEEN members have been making statements to imply a reunion, and the management must have thought about it for a number of years, but they never talked me into this. I brought it up backstage, and [HELLOWEEN/UNISONIC manager] Kosta [Zafiriou], of course, heard it and it started to roll from there. Everyone was waiting for me to say the word.”
On Kiske’s thoughts on the reunion:
Michael: “It is important to do this under the name of HELLOWEEN. It will be interesting and fun. We are planning many things, but it will be a fun healing process for me. I feel wonderful and relieved. It cannot be done in any other way.”
“It’s great to be able to do this reunion. I don’t want to die leaving a problem unsolved. I feel very relieved now that I don’t have any resentment anymore. This is very important for me. The reunion idea was gradually expanded inside of me. One day, I realized that I had no more hard feelings against HELLOWEEN.”
On Kiske and Weikath repairing their relationship:
Michael Kiske: “When we met for the first time after a long time, you [Weikath] asked me, ‘What did I do to you that you cannot forgive me?’ And I said, ‘I had forgiven you a long time ago.”
Michael Weikath: “Honestly, I have been wanting to reach out to Michael for a couple of years. I have his phone number, and I have been thinking, ‘Why not just call him?'”