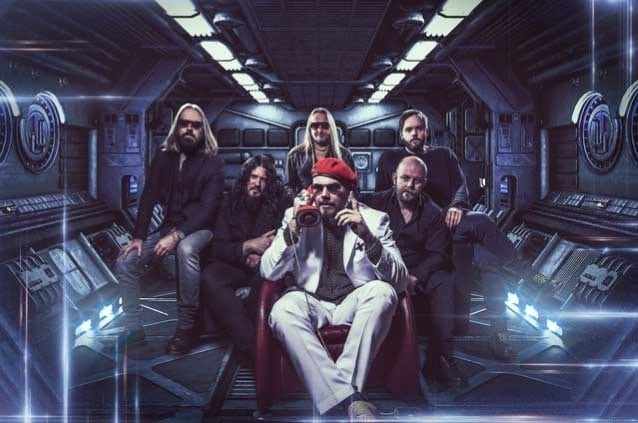 Swedes The Night Flight Orchestra released a new video for the song “Lovers In The Rain” from their upcoming fourth album “Sometimes The World Is Not Enough”. The album will be released through Nuclear Blast on June 29th. The video was created by Elia Cristofoli, who also worked on “Gemini” from the band’s previous album. “‘Lovers In The Rain’ is the soundtrack of the way it felt when you held the hand of your first true love for the first time. Happiness so intense, your heart beating so fast that it almost feels like a panic attack. And in the back of your head, you’re already mourning the fact that one day it will all be over. But during those first trembling moments, you know that nothing will ever be the same again. From now on, you will always compare every life experience to these first magic moments. ‘Lovers in the Rain’ is an homage to the anthems of our youth, the songs that made us believe that in every life; no matter how insignificant you might feel sometimes, you will someday have that experience with someone. Hopefully with The Night Flight Orchestra playing in the background. And believe us, we’ve all been there. “This song, like the whole new album, is about those moments when you transcend reality and might for one fleeting moment catch a glimpse of the otherworldly. It’s for each and every one of you, with love from The Night Flight Orchestra, remembering everyone we’ve ever loved and lost.”