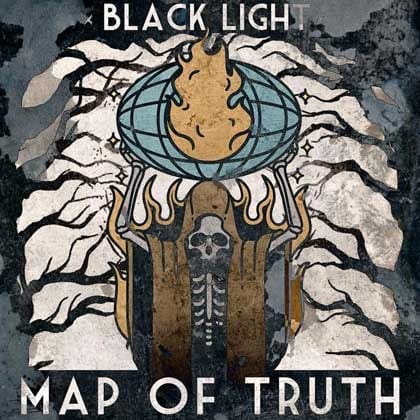 Black Light have released their new single, Map Of Truth, on May 18th, 2018. It’s the first track taken from the forthcoming EP Set Yourself Ablaze, which will come out on label Sliptrick Records later in the year. The EP was recorded at Golden Factory Studio (Italy). They’ve also released an album, Storms and Shades, on August 2016. It was recorded at BassDepartment Studio (Italy).

Black Light is a Metalcore band from Ferrara, Italy, formed in 2012. In the early times, their music gravitated from an Alternative Metal style toward a Thrash metal one, then, completely turned into Metalcore.  Black Light’s main inspiration comes from bands like Asking Alexandria, Architects and Miss May I.