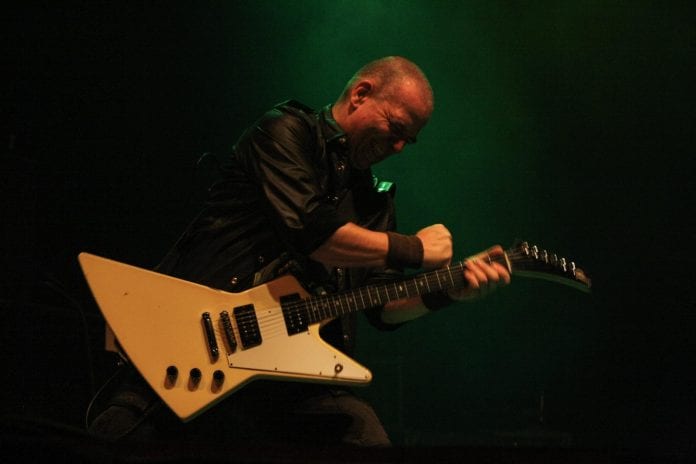 Guitarist Stefan Kaufmann has rejoined U.D.O. — the German metal band led by former ACCEPT frontman Udo Dirkschneider — for the group’s summer festival appearances.
Says U.D.O. in a statement: “We are very proud and happy that Stefan is going to be with us during the festival period 2018. But again, Stefan’s (re)appearance with the band is only temporary. The name of the new permanent guitarist who will join us after the summer will be announced soon.”
Kaufmann left U.D.O. in September 2012 for health reasons.