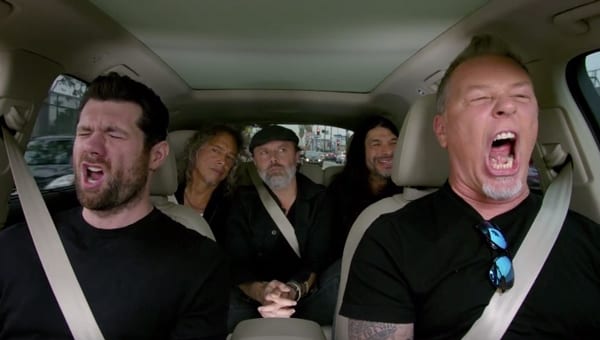 Metallica will appear on Apple Music’s Carpool Karaoke which begins on August 8. You can watch them below on the new trailer for the upcoming series appearing first, as James Hetfield, Lars Ulrich, Kirk Hammett and Robert Trujillo will be the guest on the first episode. Other celebrities confirmed for the new series include Will Smith, Alicia Keys, John Legend, Ariana Grande, Seth MacFarlane, Michael Strahan, John Cena and Shaquille O’Neal. Carpool Karaoke is a spin-off of “The Late Late Show with James Corden” that is very popular in the States with very high ratings while its videos go viral.