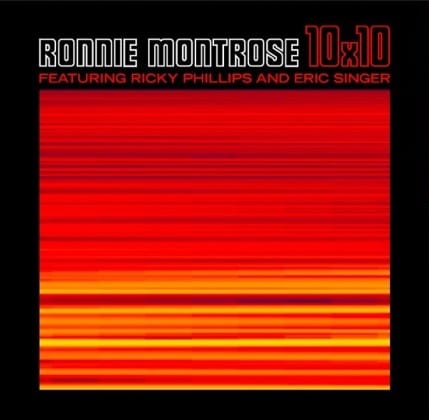 “10×10”, the last album by Ronnie Montrose will be released this fall, five years after his death. The album’s production took more than ten years and was still unfinished when the guitarist died in 2012. Ricky Phillips who played with him since the ‘90s organized a tribute concert in his honor and decided to finish “10×10”. In the album there are loads of notable guests from Eric Martin, Glenn Hughes and Sammy Hagar on vocals, to Phil Collen, Joe Bonamassa and Steve Lukather on guitars who finished up what Montrose left incomplete. The album will be released on September 29th via Rhino and on October 13th will be out with a bonus CD containing the first two Montrose albums, “Montrose” and “Paper Money” as bonus.

For the record Ronnie Montrose started his career as guitarist for Van Morisson and Edgar Winter Group before forming Montrose featuring Sammy Hagar on vocals. In the ‘80s he formed Gamma and later on pursued a solo career. His last album, “Bearings”, was released in 1999. Montrose fought against cancer for several years and finally committed suicide with a self-inflicted gunshot wound.