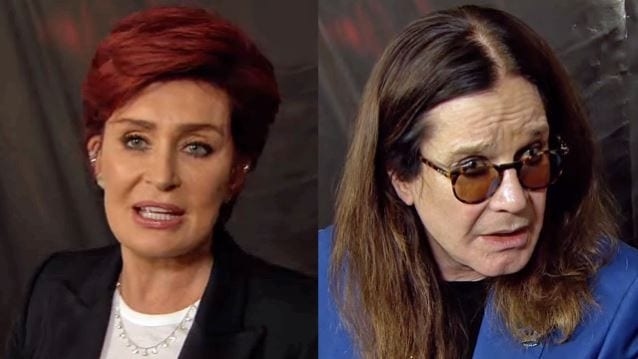 Sharon Osbourne claims that her husband Ozzy Osbourne had several affairs before she learned of his indiscretions thanks to a misdirected e-mail.
In August 2016, Ozzy apologized to the women with whom he has had extramarital sexual relationships and admitted to undergoing therapy for sex addiction. Ozzy’s statement came out in the wake of the first interview given by Michelle Pugh, the celebrity hairstylist whose four-year affair with the BLACK SABBATH singer was discovered by Sharon and nearly ended their 33-year marriage.
But Sharon revealed in a new interview with the British paper The Telegraph that “there wasn’t just one woman; there were six of them. Some fucking Russian teenager… then a masseuse in England… our masseuse out here [in Los Angeles]… and then our cook,” she said. “He had women in different countries. Basically, if you’re a woman giving Ozzy either a back rub or a trolley of food, god help you.”