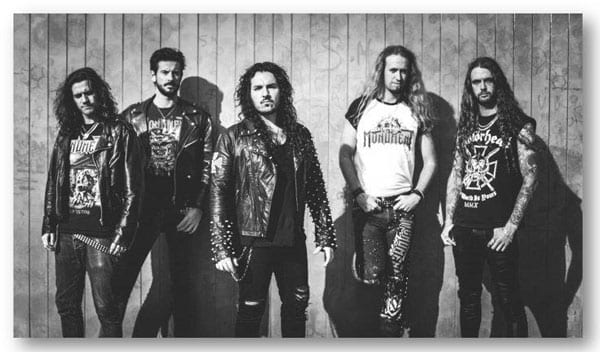 London based Heavy Metal sensation Monument has announced their appearance at Rockwave Festival Official. The band will hit the stage on Friday, July 20th, the day that Iron Maiden will headline the festival!
The singer of the band Peter Ellis says: “We are excited to be featured at the Rockwave Festival in July. It is a festival I went on to grow up in Greece and it means a lot to me personally. The Greek fans are very close to the band in recent years and our appearance at the festival will be a first-class opportunity to see the band on a big stage. We promise them a show that they will not forget for a long time.”