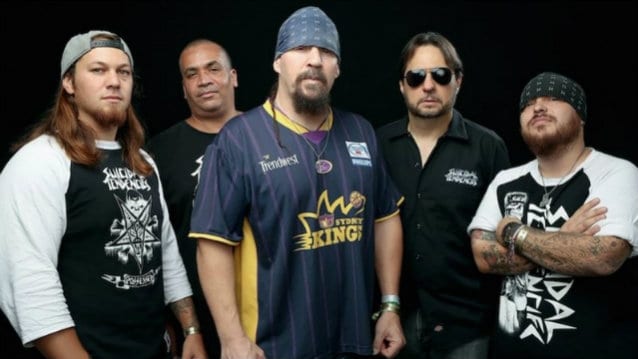 SUICIDAL TENDENCIES will release a new EP, “Get Your Fight On!”, on March 9. The effort is one of two releases the band has planned for 2018.
“Get Your Fight On!” was helmed by British producer Paul Northfield, who first worked with the band back in 1992 when he was the engineer for “The Art Of Rebellion” album. He has since collaborated with SUICIDAL TENDENCIES on many other releases, including last year’s “World Gone Mad” full-length.