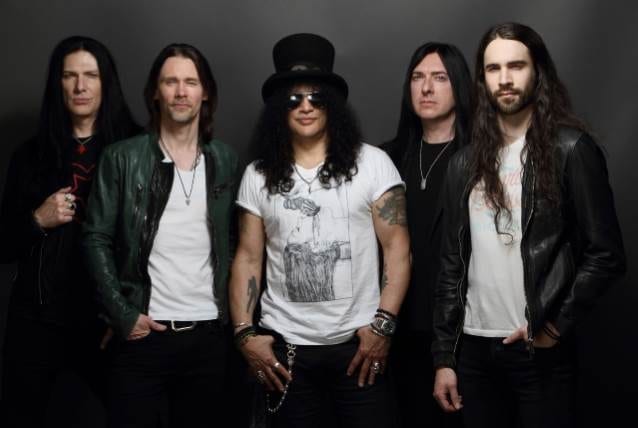 Slash released a sort video teaser from his new single “Driving Rain”. The guitarist’s new album “Living The Dream” is out on September 21st via his own Snakepit Records in partnership with Roadrunner Records. “Living The Dream” is Slash’s fourth solo album who is joined for the third time by Myles Kennedy (vocals), Brent Fitz (drums), Todd Kerns (bass and vocals) and Frank Sidoris (guitar and vocals). “It’s a natural progression from ‘World On Fire’, for sure,” Slash said of the new album. “I think it has a little more diversity — some of the ideas are not really what I would consider to be predictable.” At the same time, he adds, “The record is also a bit more structured, with songs that are shorter and more to the point than last time.” Kennedy concurred.