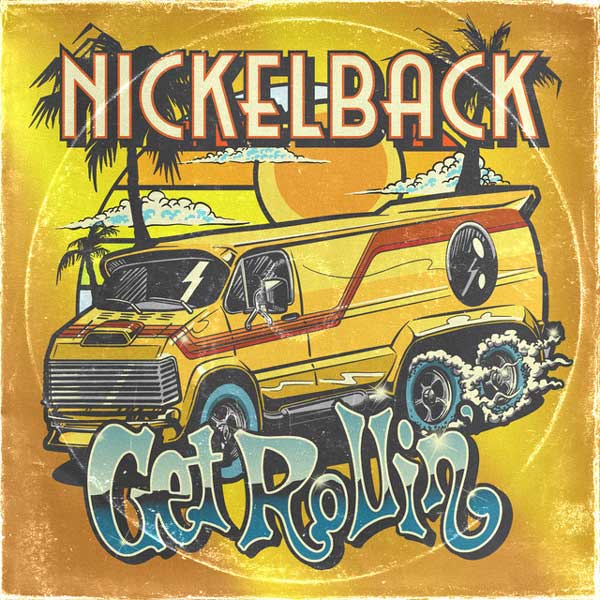 Five years of waiting were just too many for all the Nickelback fans out there. As they say, time flies and there was a five-year gap between the previous record “Feed The Machine” and the brand new one, “Get Rollin’”. The first single, the outstanding stomping rocker “San Quentin” wet our appetite as it clearly reminded classic tunes like “Never Again”, “Flat on the Floor” and “Animals”. Second single “Those Days” it was an obvious instant classic aimed towards all the radio stations around the world. So, one can easily imagine that the omens were really great thus we expected nothing less than a stellar new Nickelback album. Did the boys deliver the goods…?

…they surely did! In fact, more than so. The first thing that takes you by storm is the HUGE production as Chris Baseford has done a superb job behind the console. The second remarkable thing is the well-balanced track selection with the groovy, hard rockers being in perfect symmetry with the ballads and the mid-tempo compositions. “But what about the songs themselves?”, someone will rightfully ask. Let me tell you this: with the sole exception of one song, “Tidal Wave”, which for an odd reason didn’t click on me all the rest of the bunch are absolute winners! As a matter of fact, the first five songs are an absolute sonic punch in the face. Especially, “Skinny Little Missy” is –at least from my perspective- the sister song to “Bottoms Up”; one of those tunes that Chad Kroeger writes in his sleep and the next thing you knew is that they are fan favorites all over the world.

“Get Rollin’” signals a definite successful return for Nickelback as they prove for yet another time that it is one of the best bands in the world. As for all the haters out there…? Who cares really? Can you write such catchy songs and yet remain artistically uncompromised…? Didn’t think so! Welcome back, Nickelback. We missed you!

Highlight: Invest on the limited digipak CD edition with the four bonus cuts.