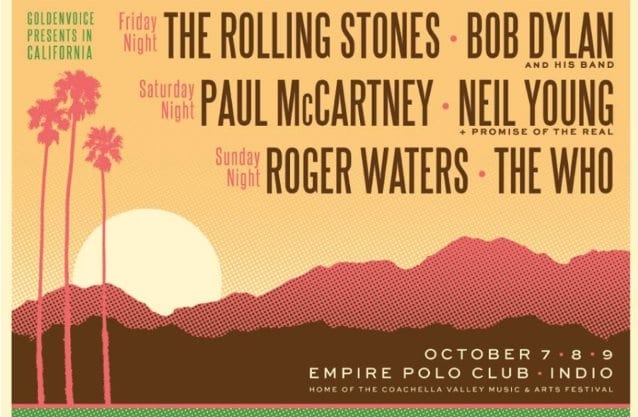 According to Billboard, the Desert Trip music festival — which last year attracted a cross-country audience, much of it middle aged, of about 150,000 over two weekends — will not be making a return in 2017.
“We’re not doing Desert Trip this year,” L.A.-based concert promoter and Coachella founder Paul Tollett of Goldenvoice told Billboard. “We loved 2016 Desert Trip — that was a special moment in time. Maybe someday in the future we’ll do something similar.”