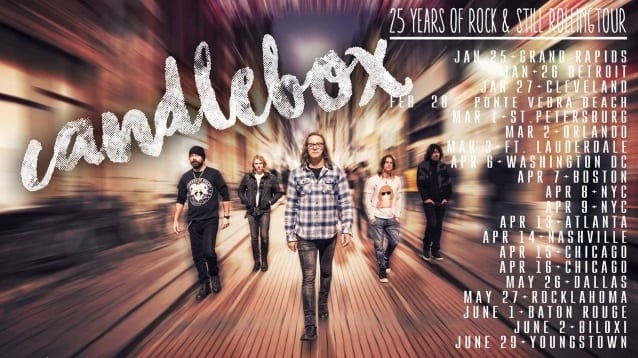 ’90s rock icons CANDLEBOX are celebrating the 25th anniversary of the release of their self-titled debut album, which was certified four times platinum, by doing what they do best — bringing their explosive, passionate performances to cities across the country as part of their “25 Years Of Rock & Still Rolling Tour”.
In other news, the original CANDLEBOX lineup of Martin, Peter Klett, Bardi Martin and Scott Mercado will reunite for one night only to perform their debut album in its entirety from start to finish on July 21 at the Paramount Theatre in Seattle.