The Orphaned Land show came second in a trifecta of shows this three-day weekend in Athens. The Israeli band after releasing “All is One” embarked on a tour to promote their album. On lots of the tour-dates Orphaned Land toured with the Palestinian rock band Khalas exhibiting how music can unite people. In Athens the show was supported by two French and another Israeli band.

Doors opened a bit late 15 minutes before 8 o’clock. The first band that jumped on stage was the Mars Chronicles that came from France and they were completely outstanding. With only one EP in their assets, the band with the help of the really nice sound presented their own material. Progressive metal elements, with emphasis in the more pop-sounding passages which at points were reminiscent of  bands like Karnivool and Dead Letter Circus. The 100-150 people that were at the Fuzz Club applauded their effort for the 30 minutes they played. On stage with them, climbed (for the first time) the sound engineer of the evening that had his birthday. 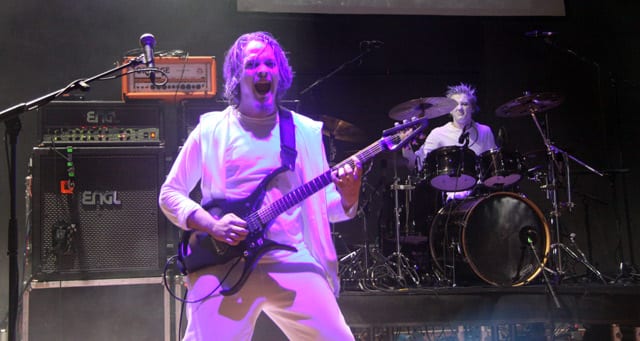 Second band that climbed on stage, were the Israeli Matricide with pure death hardcore metal sounds. For the next 40 minutes the band showed great energy and connection with the crowd. The drumming was heavy and massive, and guitarist played some interesting leads and solos. They played songs from their first E.P. and found enough response in the Greek Audience. 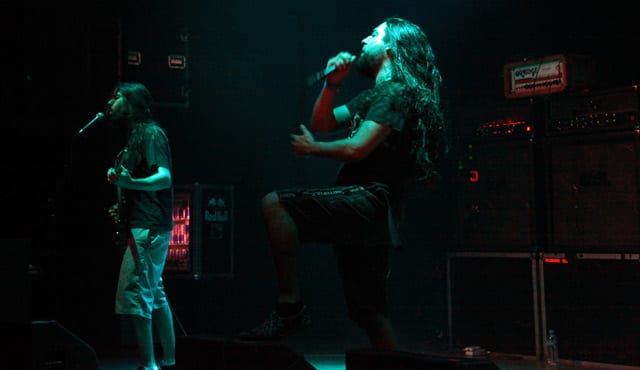 The third (and last) support of the night, were the French Klone. The band combined lot of Gojira elements with Tool-ish sounds. They were really energetic and very communicative with the crowd. Once again the sound engineer made his appearance on stage (for the second time) and actually sang with the lead singer of the band. The band performed their songs well, with the sound being good, but at this point most of the crowd was eager to see Orphaned Land, and the third support group just added to the general tiredness. 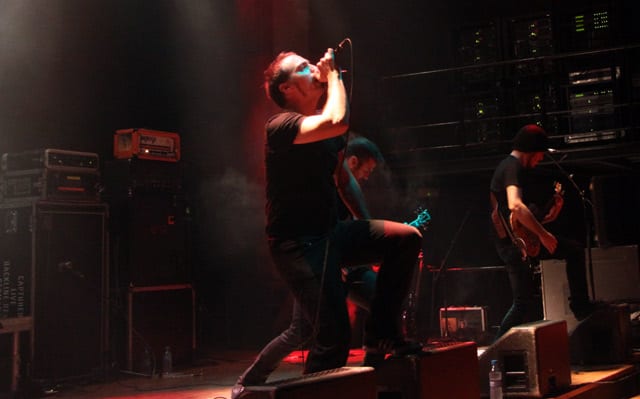 It was 10.30 when Klone jumped off stage, at which point 300 people were inside the venue. A discouraging attendance for a band that is at the peak of their career. The Israeli band climbed on stage 30 minutes later than the program suggested, without their lead guitarist Yossi Sassi and with lots of pre-recorded bits due to the absence of female and/or backing vocals.

The show started with the title track of their new album and the crowd even though they were tired as hell, responded without delay. The show was a pure festivity with the band and crowd singing, headbanging and dancing at every chance. The sound had the usual problems it has in the Fuzz club, but at times the bass guitar was so high in the mix it even covered the guitar solos. 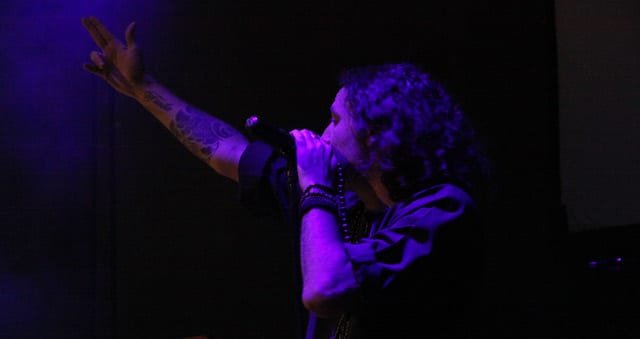 Kobi Farhi is an exceptional frontman with great vocal abilities. He communicated with the crowd and he even demonstrated his knowledge about Greek music. After stating that “bouzouki with metal sounds great to my ears” he told the crowd that he admired Manolis Aggelopoulos and Stelios Kazatzidis which shows the deep connection the band and their music has with the Greek element.
The playlist consisted of songs mainly from the last album, but there were lots of songs from their earlier releases too. When “Ocean Land” hit the whole place was in constant motion and the refrain of “Nora el Nora” was sung by everyone. The sound guy made his appearance once more when the show came to its end to sing and dance with the rest of the band. We learned that it was also his last show on the tour so that’s why he went a little over the edge tonight.

The show lasted for 1 hour and a half leaving positive feelings to the fans. The band performed magnificently, even though the pre-recorded bits took away some of the magic of the songs. The attendance was disappointing, but the band showed respect to everyone attending and performed at really high standards. 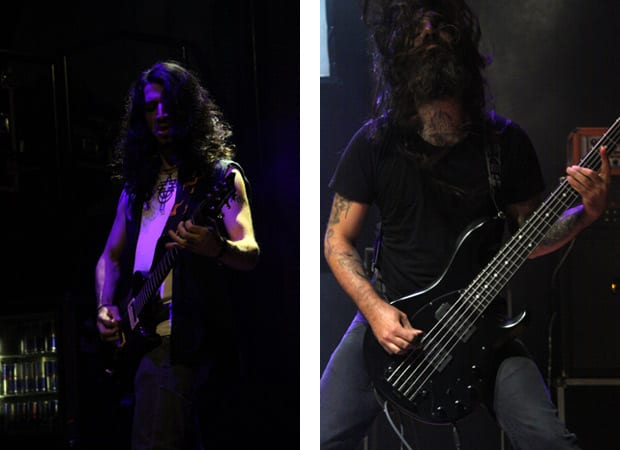