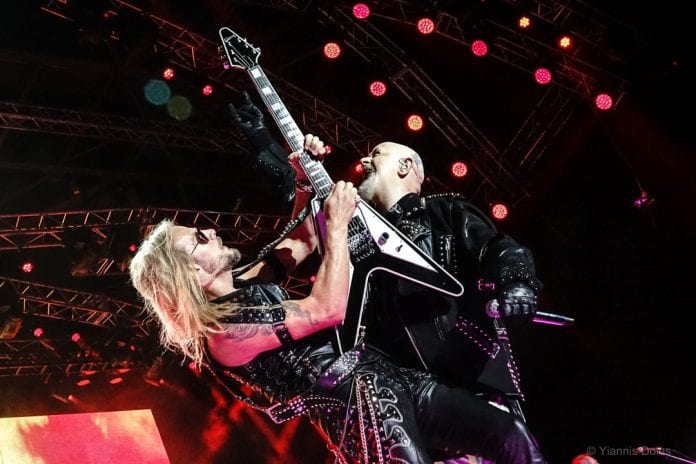 This was quite a comeback for heavy metal at Rockwave Festival with two days of the ultimate party featuring some of the biggest names of our favourite music sharing the stage at Terra Vibe Park. The first day found for the first time ever Accept-Saxon-Judas Priest on the same bill. Also, Sabaton and Greeks Foray Between Ocean and Jacks Full offered an endless metal party. The crowd was there with an attendance of approximately 15,000. 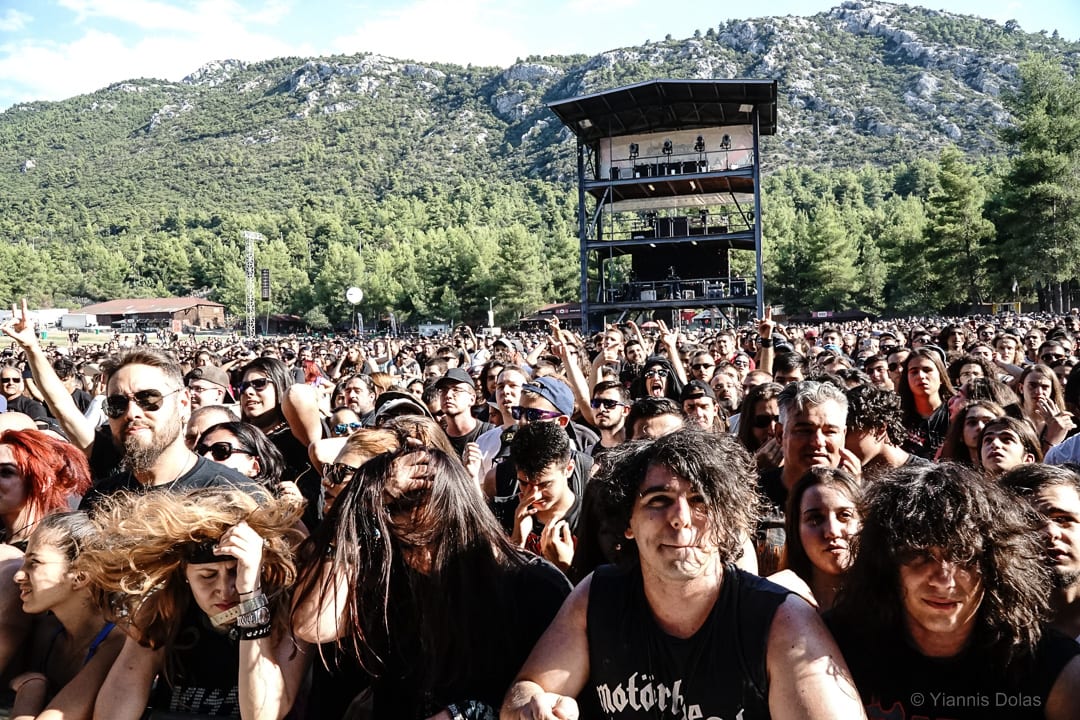 Given the fact that both Thursday and Friday are working days for must of us it was quite difficult to be at the venue early on each day. So, we missed Null’O’Zero and Jacks Full. Sossy guys!

Having to face the hot sun and the un believable heat, but basically the lack of a soundcheck the band managed to gain the crowd’s support and applause. The Greek supergroup has its fan base since the release of its debut album. They had energy and they moved a lot around giving their best and that’s what counts. I am sure that we will see them higher on the bill soon. 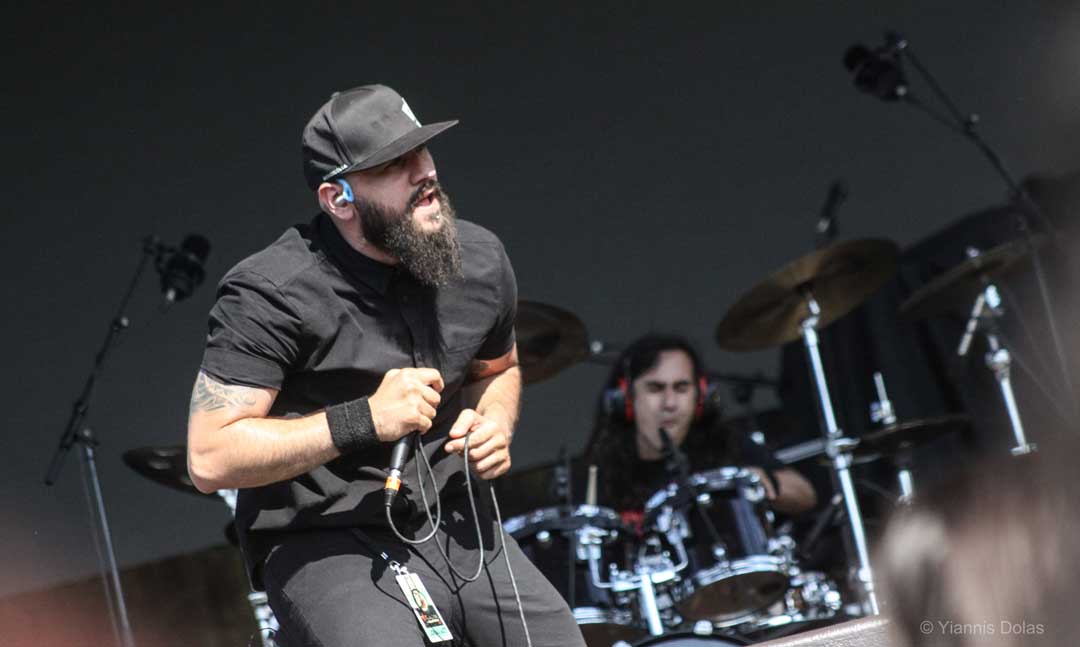 Accept
The band’s three “frontmen” Hoffmann/Baltez/Tornillo were on the frontline and the Germans entered with “Die By The Sword”, pushed the pedal to the metal and never looked back. The teutonic attack took place with several classics, as well as new stuff from the Tornillo era. It’s characteristic that the crowd went nuts both on “Metal Heart”, as well as on “Teutonic Terror” that followed. Accept weren’t affected by the fact that they were out there too early (we’ve never seen them on broad daylight before), neither from the small sound problems that fortunately were fixed soon. Of course the crowd was loving it, living every minute singing the songs out loud.

Die by the Sword, Restless and Wild, Pandemic, Koolaid, Princess of the Dawn, Up to the Limit, Analog Man, Metal Heart, Teutonic Terror, Fast as a Shark, Balls to the Wall, I’m a Rebel, Burning 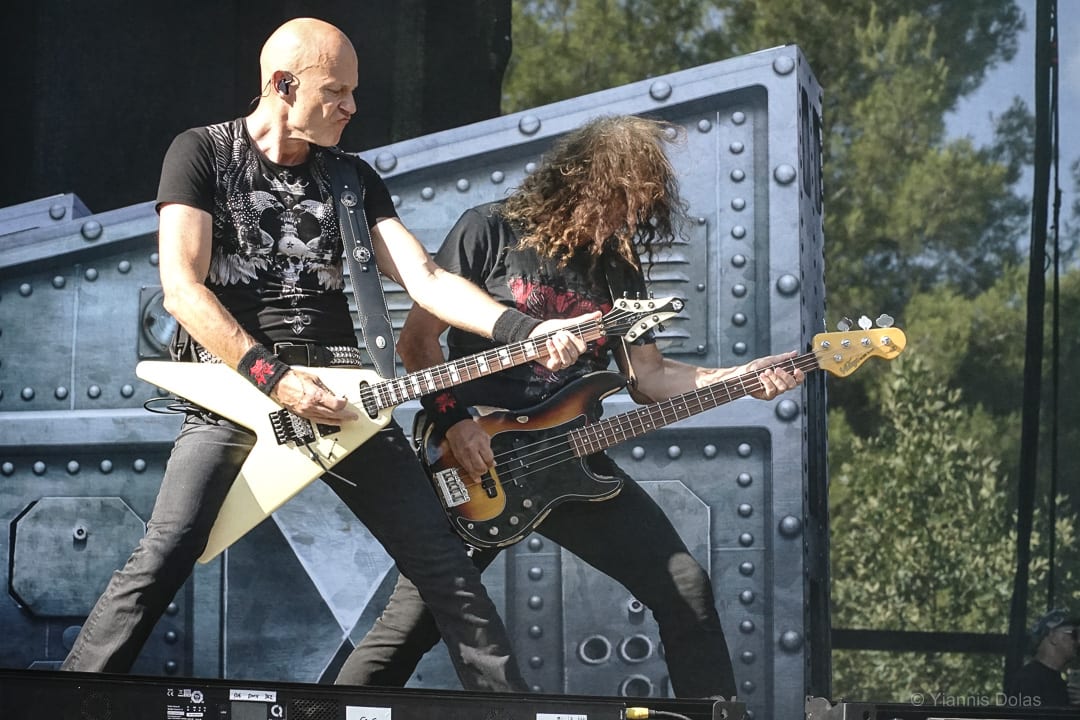 Saxon
Right after the German panzers the British bulldozer that’s called Saxon took the lead. Biff, their tireless frontman, was lucky to feel a cool breeze blowing by the time they set foot on the gigantic stage and with that as his ally lead the others to an amazing performance. Everybody was mad on stage, running and head banging. Typical of the crowd’s reaction is that they decided to play “Ride Like The Wind” on the spot due to public demand, a song that wasn’t on the set and to scrap “And The Bands Played On”. “Secret Of Flight” from their recent album “Thunderbolt”, a bit of a proggy song, was the highlight. I am sure that nobody would mind if they played more.

Thunderbolt, Sacrifice, Motorcycle Man, Strong Arm of the Law, Battering Ram, Power and the Glory, The Secret of Flight, Ride Like the Wind, They Played Rock and Roll, Crusader, Princess of the Night, Heavy Metal Thunder, Wheels of Steel, Denim and Leather 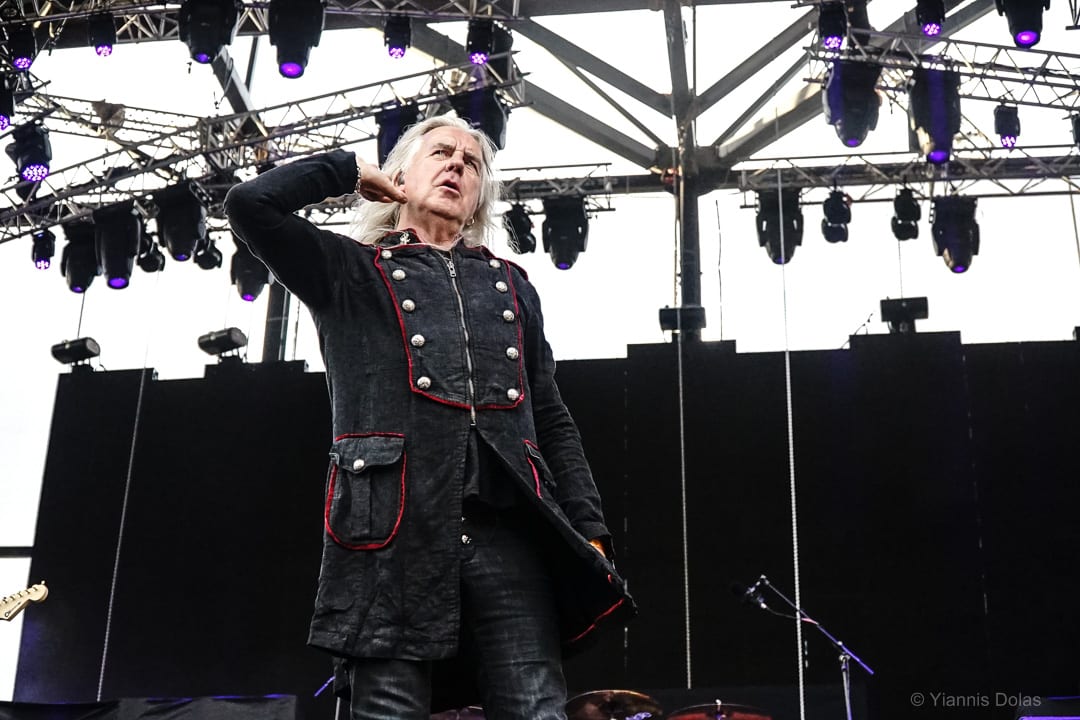 After putting their canons and a huge tank on stage the Swedes saw a big crowd gathering under their feet when they kicked off. They had loads of fans, those who made them so popular in the rock/metal stock market in the last few years, while there were loads of the curious ones who wanted to witness first hand what they are all about. Haters and non-believers preferred to get some rest, refuel with beers and find a good spot for Judas Priest. Taste is really a personal matter, you can make comments, mock or whatever through your keyboard on Facebook etc. but, at the end of the day Sabaton was the last band before the headliner. 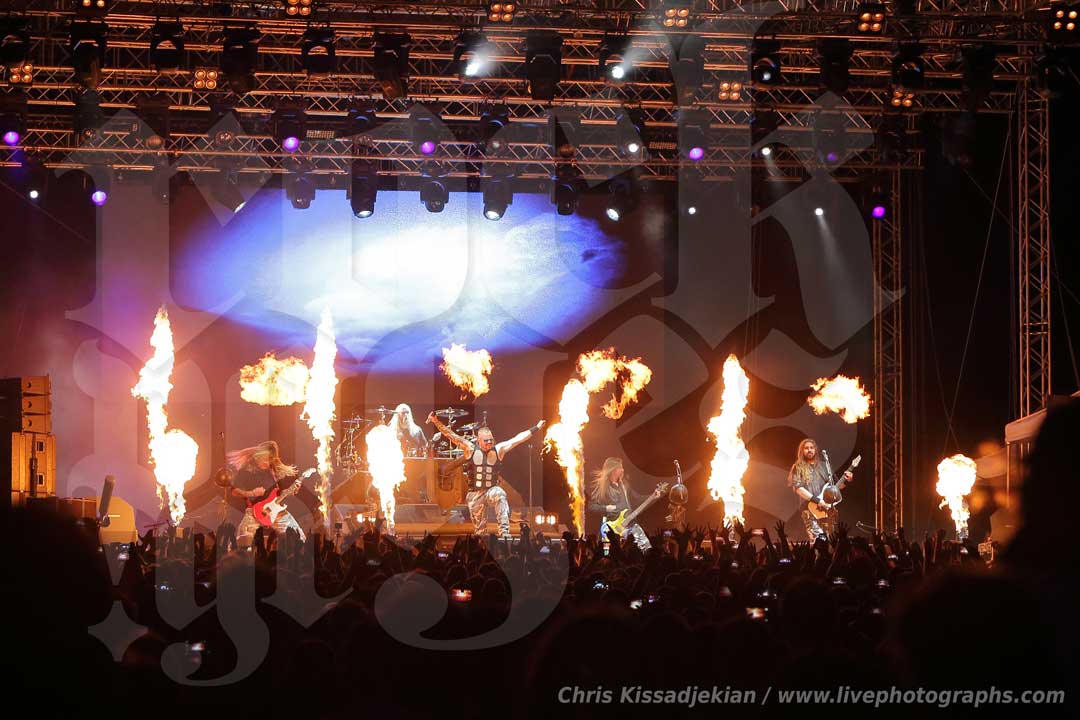 With a best of set, explosions, canon blasts, fire and ribbons that were flying all over, Sabaton gave everyone who was watching a good time. Their stage presence was great, with a lot of energy and movement and as a band they are pretty tight. Their fans enjoyed it a lot, on the other hand haters will hate and that’s a fact! 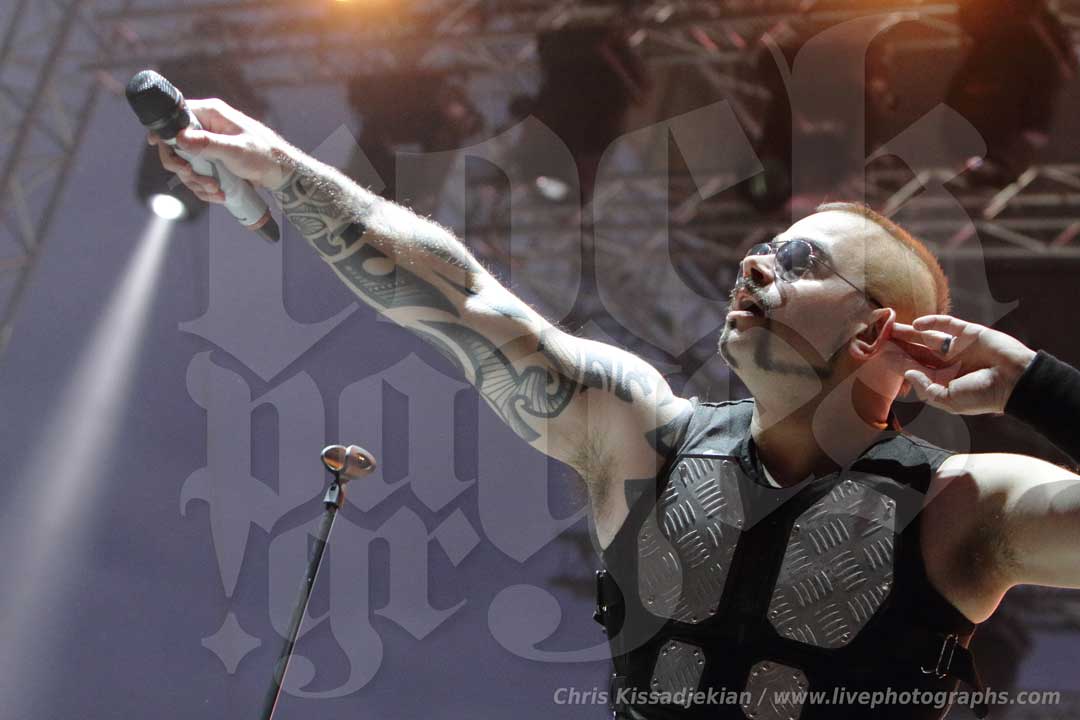 This was Judas Priest’s best show in Greece so far. Their performance was superb, you couldn’t ask for anything more really. Halford was out of this world, and he is 66. Richie Faulkner is clearly another frontman on his own right who made us forget about KK with his moves, poses and style. On the other side of the stage Andy Sneap proves that not only his a great talent on the mixing desk, but he holds his own on the frontline as well. 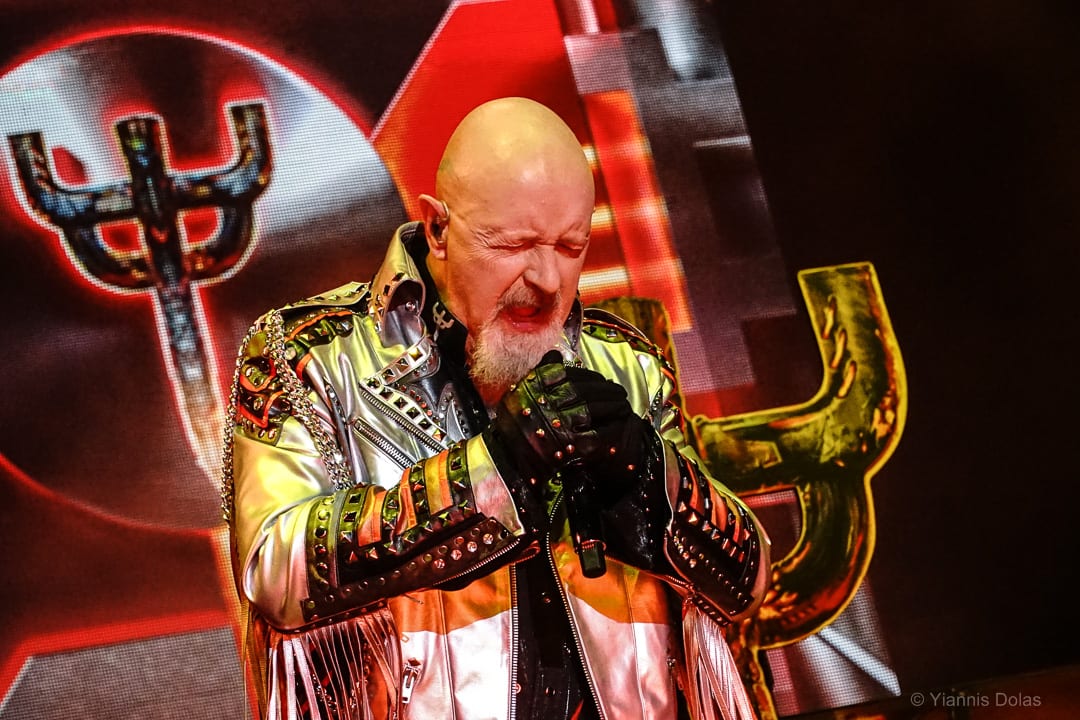 The set list could be characterized as “no concert material” omitting a lot of classics, but at the same time this is a bold move from the band who prefers to draw stuff from its arsenal of 18 albums, like “Tyrant”, “Sinner”, “Saints In Hell” (shivers), “Bloodstone” (Oh my God!), “When The Night Comes Down” (can’t believe it) and sacrifice “Touch Of Evil” and so on. The stage set was excellent though thrifty, the light show was superb and the video walls amazing. The only flaw was a huge muffle on the bass at some points after “Turbo Lover” if I remember correctly and showed up several times until the end of the show. What was really impressive was that the new songs from “Firepower”, “Lightning Strike” and “Rising From Ruins” were greeted with enthusiasm from the audience, proving how much the fans loved the band’s latest work. 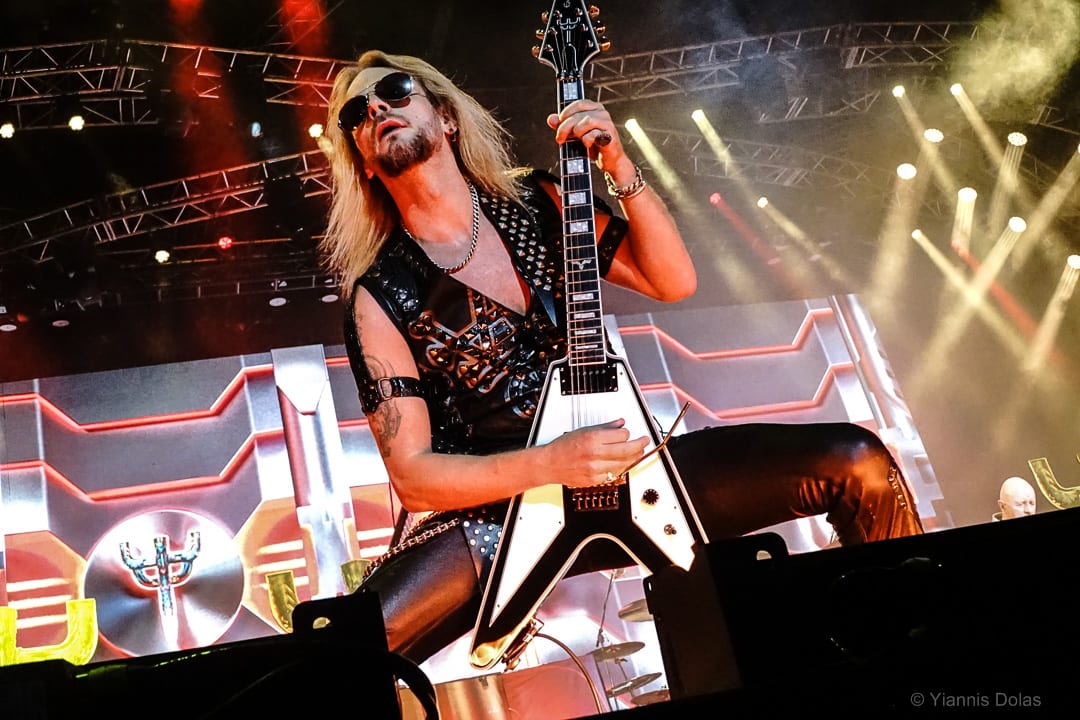 Glenn Tipton’s video on the screens was a very toucy moment. Unfortunately, he didn’t show up for the encore, but he will always be in our hearts on the difficult path he has ahead of him. And that was how Judas Priest concluded the first night of this year’s Rockwave Festival on a high note surpassing with their performance anything that came before them simply validating their role as the headliner. Respect! 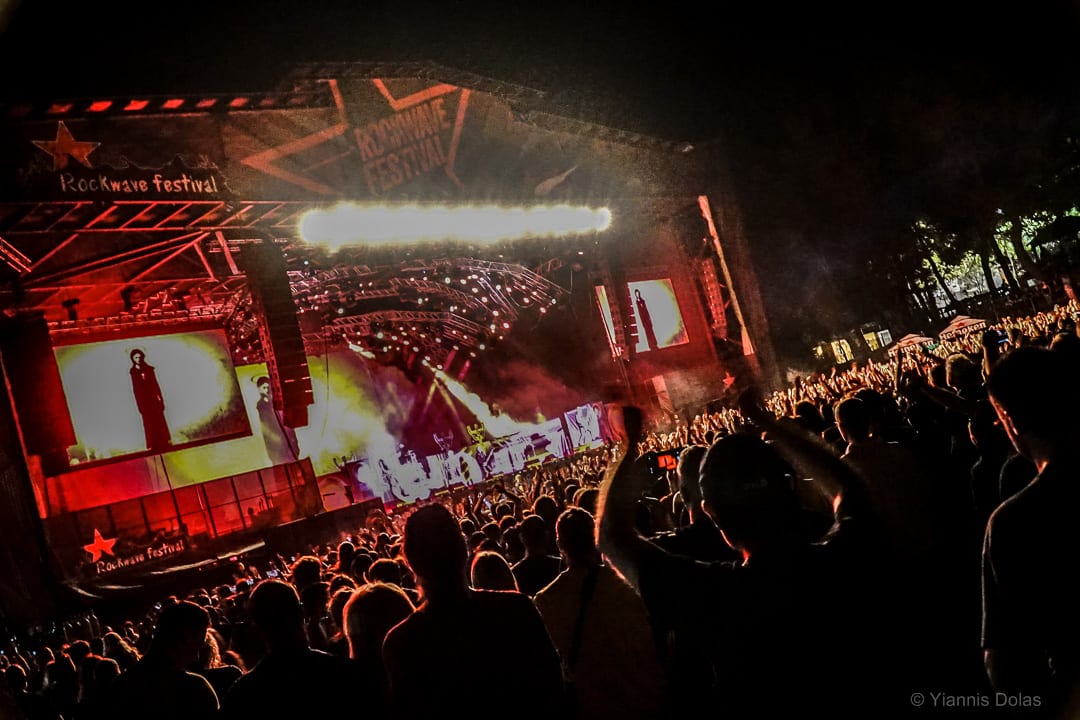