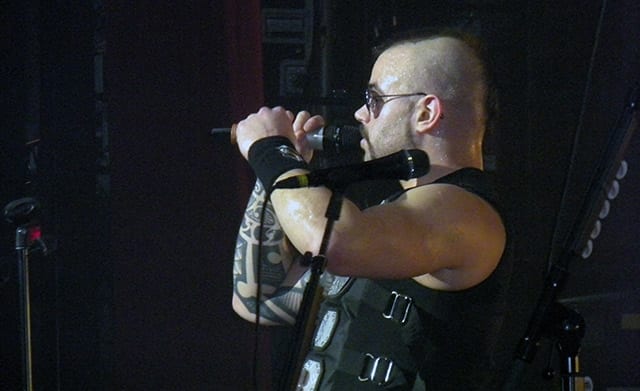 The atmosphere in Fuzz Club was warm right from the beginning on Friday. Anyone could easily think that the crowd that gathered early on was waiting to see some of the legends of  metal music. The line up of the evening included three, musically different, bands.

The evening started with Battle Beast, a Finnish band with a quite old school metal style , a great singer and performer but not so original musically. Noora Louhimo was the star of this decent performance of Battle Beast who seemed to appeal to the Athenian audience which, however, didn’t do justice to the merchandise with their new c.d, “Unholy Savior”. It’s not an easy thing to win an audience who, after all, hasn’t come to see only your half –hour set. As for me, good work guys!

Setlist: Far far Away, The Black Ninja, Touch In the Night, Madness, Iron Hand, Out of Control. 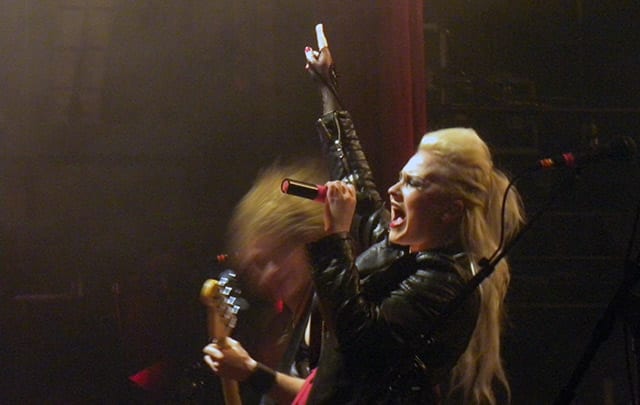 Next with Delain and I must admit that I  was really  looking forward to seeing them again after their impressive performance as support to Within Temptation at Wembley Arena in London which I had presented you last April. Although the Dutch weren’t bad, I think that this performance of theirs didn’t justify the good name they have made during the last years.  It was a rather mediocre performance with Charlotte not having her best day.  The forty-minute set they presented was good but there was something missing. Maybe it was that ease they didn’t have on stage. They only had the chance to use only one third of its depth due to Sabaton’s stage scenery and the same happened with Battle Beast. In any case I was expecting more from Delain who I consider a great band. To close with Delain I must underline that Timo Somers wasn’t the guitarist as he isn’t following the band in this part of the tour and he was replaced by Merel  Bechtold who did great.

Setlist: Mother Machine, Get The Devil Out Of Me, Army Of Dolls, Go Away, Pristine, Sleepwalkers Dream, The Gathering, Not Enough, We Are The Others. 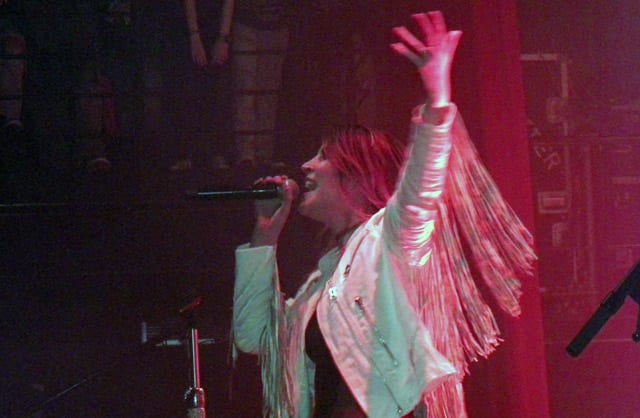 The audience was cheering so much as they were waiting for Sabaton that, as I mentioned in the beginning, for one moment I thought they had canceled their performance and that Maiden had taken their place.

Their stage scenery was really impressive! A huge tank was coming out from the back side of the stage with Van Dahl as a driver behind the drums. The stage was set lavishly and it was ideal for a perfect performing. You could see a great organization…imagine that even the fifteen-member staff they had with them was dressed in military uniforms and all in all there was the sense of a big band. If you expect me to praise Sabaton’s show in the next lines you are mistaken. Expensive sets as we said before, brilliant lighting, uniforms, musically speaking though not so good.
Intro with “The Final Countdown” announced from the speakers, bursting beginning but that’s all! Big gaps between the songs, a lot of intros from big bands’  hits, chit-chat with the audience and nothing more substantial during their ninety-minute performance. The audience seemed to like them (there was energy by the musicians) so spare my opinion. I believe though that the enthusiastic reactions of the crowd are more a result of a lack of big concerts and not of the name of  Sabaton or  Delain. 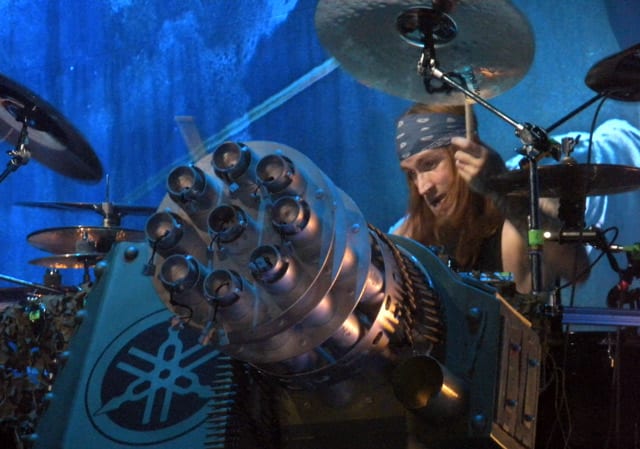 What I want to keep from this event is firstly, the perfect organization and the tight observance of the schedule with the realization that my watch was one minute late. Second and let some people react to my saying so, how important the stage scenery and the performing are in today’s metal music world and unfortunately that without money you can’t go anywhere… Could all of you who were there imagine Sabaton’s performance on a simple and plain stage??

Setlist: Intro: The Final Countdown/ The March To War, Ghost Division , To Hell And Back, Carolus Rex, Soldier Of 3 Armies, Got Mit Uns, The Art Of War , 7734, Swedish Pagans, meddley, Racist And Bite, 40:1, A Lifetime Of War, Far From The Fame, Coat Of Arms, Night Witches, Primo Victoria, Metal Crue. 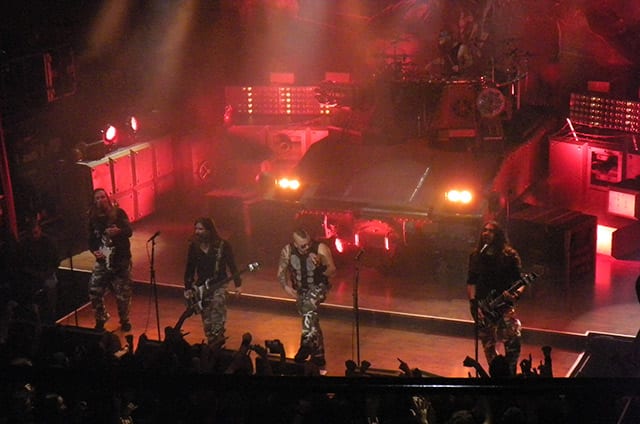