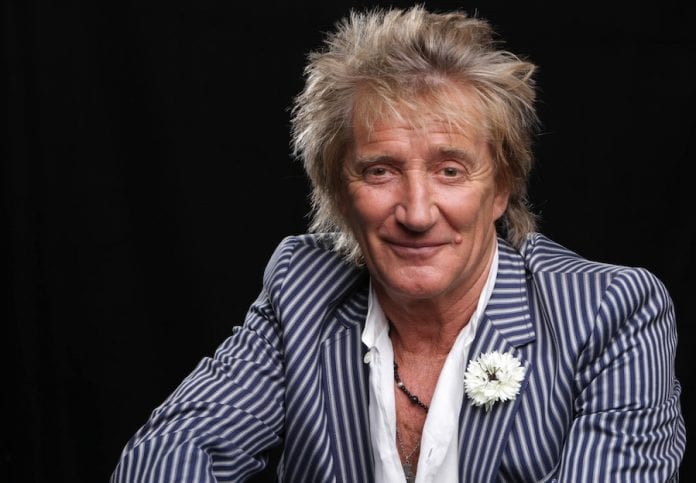 Queen Elizabeth II’s annual birthday honors list is out and, among the more-than 1,000 British statesmen, actors, athletes and others who will be recognized for their service to the United Kingdom, one name in particular stands out from our perspective. Rod Stewart will receive a knighthood.
The BBC reports that Stewart, who was awarded a CBE (Commander of the Order of the British Empire) by the Queen in 2007, is being recognized not just for his music but also his charitable efforts. We’re presuming the Queen has forgiven him for leaving the U.K. in 1975 to avoid paying British taxes and that she doesn’t know that he used to take cocaine anally.